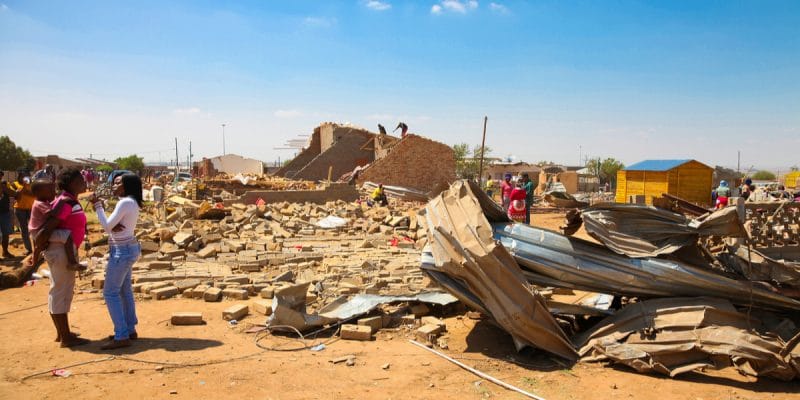 The impact of natural disasters in Africa is driving IDEP, ARC, IFC and AAISA to take action. The four international development agencies are organising a series of training courses on environmental risk insurance. The aim is to achieve an integrated coverage of environmental disasters on the continent.

Dakar, the Senegalese capital, has become, for 15 days, the African capital of environmental disaster risk insurance. At the instigation of the United Nations African Institute for Economic Development and Planning (IDEP), the African Risk Capacity (ARC), the International Finance Corporation (IFC) and the Association of African Insurance Supervisors (AAISA), representatives of African Union member countries plan to pool their financial resources to protect vulnerable populations from environmental risks such as drought, flooding, irregular rainfall, natural disasters and other impacts of climate change.

“By working together, we can achieve better combined results that contribute to the common development objectives of the four institutions,” said Faheen Allibhoy, IFC country head for Senegal.

The activity takes the form of training workshops, in English during the first week (June 24-29, 2019) and in French during the second week (June 30-July 6, 2019). On this occasion, African Risk Capacity Instructors and partners will collaborate to provide Member States with insurance instruments focused on identifying risk profiles, adapting available tools and developing a contingency plan that is integrated into the broader African continent’s natural disaster risk management framework.

Africa in the grip of natural disasters

A landslide killed 15 people in Uganda in 2016. Heavy rains had caused a river to flood and a landslide of mud and stones to crush at the foot of Mount Elgon, near the border with Kenya. The same thing happened in October 2018, this time resulting in the death of 41 people. In 2010 and 2011, the same events had already taken place. In March 2019, Cyclone Idai struck northern Mozambique, killing more than 1,000 people and affecting nearly 600,000 people, according to the government. One month later, 33 people died in floods and landslides in KwaZulu-Natal.

At a meeting to harmonise Africa’s position on climate negotiations, Rio+20, held in Brazil from June 4 to 6, 2012, the Committee on Food Security and Sustainable Development reported that the total number of people affected by natural disasters in Africa had increased by 6 per cent per year since 1960. An increase in disasters due to climate change.

According to a report by the Intergovernmental Panel on Climate Change (IPCC), the predictable consequences of climate change in Africa are many: “75 to 250 million Africans will be exposed to water stress by 2020; a 50% reduction in rain-fed production yields by 2020, resulting in increased food insecurity and malnutrition; 5 to 10% of African countries’ GDP is likely to be spent on saving and adapting coastal villages and cities due to sea-level rise; arid and semi-arid areas will increase by 5 to 8% by 2080”.

SOUTH AFRICA: The future of electric mobility to be discussed in March