Homepage » AFRICA: the water war may not happen
This article is part of the dossier
WORLD WATER FORUM: SECURING ACCESS TO WATER AND SANITATION IN AFRICA

AFRICA: the water war may not happen 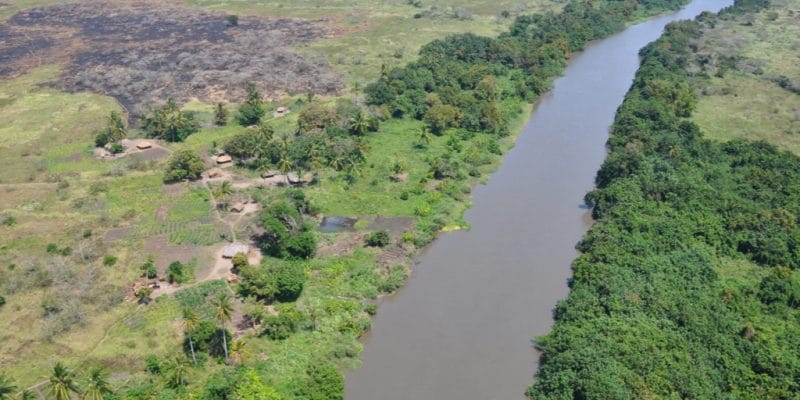 In Africa, the commitment of states to improve water supply for their populations is increasingly leading to cooperation between countries. This is the case in Namibia and Angola, Lesotho and South Africa, and Egypt and Chad. In addition to combining expertise in training or project development, cooperation between states must allow for the equitable sharing of water resources and their sustainable use, according to the United Nations (UN).

In Africa, the water crisis is hindering human development and forcing large segments of the population to live in poverty, vulnerability and insecurity. The sub-Saharan African region, which is most affected, particularly by the lack of clean water, loses nearly 500 children each year to diarrheal diseases, says the United Nations (UN).

Nevertheless, many African countries have managed to distinguish themselves by their ability to develop water supply projects to promote sustainable development. However, with the challenge of population growth and climate change, demand is growing and, in some states, the financial and technical resources are no longer sufficient to achieve the goal of universal access to safe drinking water by 2030 as set in the UN Agenda.

Lesotho and South Africa have therefore opted for cooperation to strengthen the water supply for their populations. The two countries are co-financing the Lesotho Highlands Water Project (LHWP). This is a bi-national project divided into several phases, established by the 1986 treaty between the governments of the Kingdom of Lesotho and South Africa. 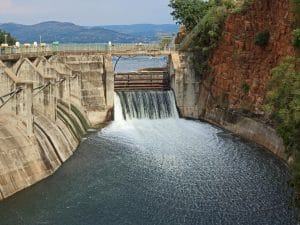 According to the Lesotho authorities, the first phase of the project was completed in 2003 and opened in 2004. In its second phase, the LHWP will build several infrastructures, including the Polihali dam and reservoir downstream of the confluence of the Orange-Senqu and Khubelu rivers in the Mokhotlong district of Lesotho. The dam will have a total storage capacity of 2,325 million m3 and will be supported by a saddle dam. By 2026, the project will provide water for drinking and agriculture in South Africa’s Gauteng province, amounting to 1,260 billion m3 per year. In Lesotho, the project will directly benefit over 85,000 people.

While Namibia has been recycling wastewater into drinking water for more than 50 years to meet the needs of part of its population, the cup is far from full and the southern African country has decided to collaborate with Angola on a water project. The Calueque-Oshakati Canal (about 150 km long), which supplies northern Namibia and southern Angola, has long suffered from the civil war in the Portuguese-speaking southern African country, as well as from illegal water withdrawals. In addition, there are significant pollution and sedimentation problems that have caused the facility to deteriorate.

Thus, in February 2021, the Namibia Water Corporation (NamWater), the state-owned company responsible for water management in Namibia, launched the first phase of the Calueque-Oshakati Canal Rehabilitation Project, which transports water from the Calueque Dam on the Cunene River in southern Angola. The project will benefit 800,000 people in Namibia and another 100,000 in Angola.

In addition to infrastructure projects, training partnerships are emerging in the water sector in Africa.

One example of a partnership is the one concluded in September 2020 between Chadian water professionals and the Egyptian engineers’ union. The agreement aims to equip Chadian experts to “make better use of modern technologies”. These are technologies used in some drinking water plants and water treatment plants. The engineers from Egypt (750,000) will also emphasize techniques for rationalizing water consumption in Chad. Currently, one out of two people in the central African country has access to drinking water, a rate of 53% according to the African Development Bank (AfDB).

Egypt, on the other hand, is very advanced in terms of innovations in drinking water supply. Except that today the North African country is hit hard by the drought that dries up the few resources it has. Egypt currently has only 60 billion m3, including half a billion m3 of non-renewable groundwater spread over several parts of the desert and 55.5 billion m3 from the Nile. The river flows through several countries including Ethiopia and Sudan.

One of the most talked-about rivers in Africa is the Nile, along its 6,178 km length. The river flows through several countries on the continent, including Uganda, Congo, Kenya, Tanzania, Rwanda, Burundi, Egypt, Sudan and Ethiopia, before flowing into the Mediterranean Sea. But it is really between the last three states on this list that the conflict takes place. At the origin of the tensions, the Renaissance dam that the Ethiopian side is currently building. 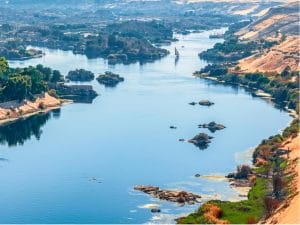 Egypt and Sudan, located in the Nile basin, depend on the river for their water supply, irrigation and electricity production. Sudanese and Egyptian authorities believe that the recently constructed hydropower scheme in Ethiopian territory affects their security. To mitigate the damage, Egypt and Sudan are proposing to fill the Renaissance Dam over 15 years. But Ethiopia is determined to fill its dam in only seven years. For the record, the structure will have a reservoir of 79 billion cubic meters, nearly twice the capacity of the Three Gorges Dam (45.3 billion cubic meters) in China, considered to be the largest hydroelectric development in the world, with an installed capacity of 22,500 MW. To date, negotiations continue as the Ethiopian government inaugurates the first unit of the large dam’s hydroelectric plant.

These tensions around the Nile provide a glimpse of the difficulty in managing transboundary waters on the African continent. But while tensions between Egypt, Sudan and Ethiopia continue, other countries have been able to find compromises on the use of this transboundary waterway. This is particularly true of Rwanda and Burundi, which are developing joint projects around the Nile. The latest is the Akanyaru multipurpose dam project. The future water reservoir is intended to supply drinking water to 614,200 people in both countries, and to provide water for the irrigation of 12,474 hectares of agricultural land. For the record, the Akanyaru River originates in the Western Highlands of Rwanda and Burundi, flows east and then north along the border between these countries to join the Nyabarongo River. The Nyabarongo River is considered one of the sources of the Nile.

The Nile Basin Initiative (NBI) is supporting the construction of the Akanyaru Dam. It is a partnership of the 10 Nile riparian states with a mission to “develop the river cooperatively, share substantial socio-economic benefits and promote regional peace and security.

Another example of an African alliance that works is the one between Kenya and Uganda to reduce conflict over water resources. The latest joint project was inaugurated by the two countries’ authorities in 2021. This is the Kases Dam, built to promote sustainable peace between the communities of Pokot and Turkana in Kenya, and the community of Karamojong in Uganda. The infrastructure will have a storage capacity of 1.2 million m3 of water.

Support from international and regional organizations and partners

While the facilities built on transboundary watercourses help to end tensions between African states, they are far from always being able to withstand the ever-increasing episodes of drought. And the already scarce resource is also threatened by pollution.

Since the sustainable management of transboundary watercourses has become urgent, several African countries have, in addition to inter-country commitments, decided to trust international organizations to support them in improving the management of their water resources. At least five African countries have ratified between 2018 and 2021 the Convention on the Protection and Use of Transboundary Watercourses and International Lakes of the United Nations Economic Commission for Europe (UNECE). These are Chad and Senegal in 2018, Ghana (in 2020), and Guinea Bissau and Togo in 2021. Cameroon and Uganda are expected to complete the process soon.

Still called the Helsinki Water Convention, the instrument adopted in 1992 in Helsinki, Finland, is based on a legal body of rights and defines the obligations of countries located upstream and downstream of watercourses. By adhering to this convention, each state commits to prevent, control and reduce any transboundary impact on the environment, human health and safety, and socio-economic conditions. The UN also calls on stakeholders to enter into transboundary agreements and establish joint bodies for cooperation in the management and protection of their transboundary waters.

In addition to more global initiatives such as the Helsinki Water Convention and the Nile Basin Initiative (NBI), other regional programs for sustainable management of transboundary water resources exist, including the five-year program for the management of transboundary water resources in Southern Africa. The initiative, supported by the U.S. Agency for International Development (USAID), aims to help member countries of the Southern African Development Community (SADC) work together to address current environmental challenges, including climate change, which is manifesting itself in the region as water stress. The most important issue is access to drinking water in a sub-region where several countries have to share the same river basin.

The Limpopo River basin benefits more than 18 million people, mainly in Botswana, Zimbabwe, Mozambique and South Africa. The other major river basin in the Southern African sub-region is the Okavango, which provides water for domestic consumption and irrigation to more than one million people in Angola, Botswana and Namibia. As part of the five-year Southern African Transboundary Water Resources Management Program, launched in December 2019, USAID and SADC are working with sub regional organizations involved in the sensitive water sector. This is the case with the Kavango-Zambezi Transboundary Conservation Area (KAZA-TFCA), the famous five-border area (Namibia, Botswana, Zimbabwe, Zambia and Angola) comprising most of the upper Zambezi River Basin and the Okavango River Basin and Delta.

These and other initiatives are now seen as effective solutions to Africa’s water resource management problems, although results are sometimes slow to show. Some countries outside Africa are also involved in the dance of cooperation with the funding of programs, including the program of Support to Water Resources Management for Poverty Reduction and Resilience Building implemented by Morocco and Germany, since January 2021. In the Cherifian Kingdom, Hungary also offers continuous training for better management of water resources.