Homepage » AFRICA: The Flipflopi boat explores the impact of waste in the western Indian Ocean

AFRICA: The Flipflopi boat explores the impact of waste in the western Indian Ocean 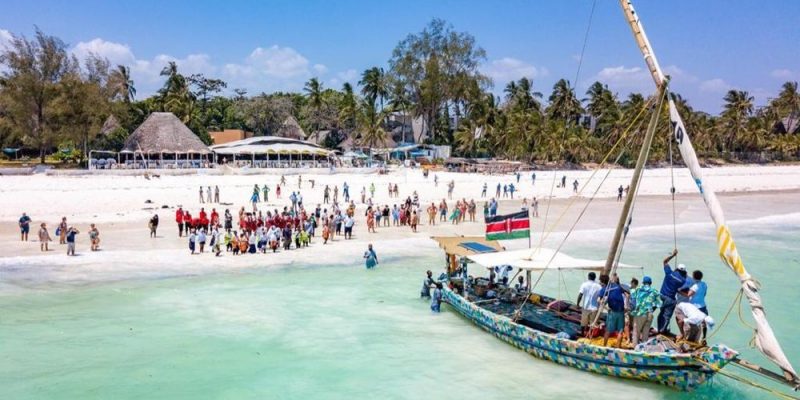 After its plastic awareness tour in Lake Victoria in 2020, the 9-meter long Flipflopi boat is heading to the Indian Ocean for a new operation. The objective of this mission is to map the waste that pollutes the western marine area, bordering several African countries, including several islands and archipelagos.

The ship plans to spend two weeks exploring the Indian Ocean to map marine litter in the western part of this marine area. The team and Flipflopi’s expedition partners, including UK Aid, will conduct scientific research to determine the extent of macroplastics, microplastics and microfibers present in the western Indian Ocean.

The results of the research will enable the development of a local closed-loop waste management and plastic boat building industry in the Lamu Archipelago, located on the northern coast of Kenya near the Somali border and listed as a UNESCO (United Nations Educational, Scientific and Cultural Organization) World Heritage Site since 2001. For the members of the Flipflopi crew, the preservation of these aquatic environments is essential for the survival of species and the implementation of the circular economy.

The preservation of aquatic environments

“Faced with the lack of a proper waste management system on the archipelago, our community has been forced to take its own measures against plastic pollution. By better understanding the problem of plastic waste, we will be able to contribute to the action plan for the development of a sustainable waste management system in Lamu that will create new jobs while cleaning up the environment,” says Ali Skanda, co-founder of the Flipflopi project.

According to the United Nations Environment Programme (UNEP), about 80 percent of the waste in the marine environment comes from land-based activities. Of the 400 million tons of plastic produced each year, about 11 million tons ends up in aquatic ecosystems. In addition, there are cigarette butts, cotton swabs, nets and other fishing equipment. All this waste has a strong impact on marine biodiversity.