Homepage » AFRICA: the circular economy, an ally for the ecological transition
This article is part of the dossier
WORLD CIRCULAR ECONOMY FORUM 2022 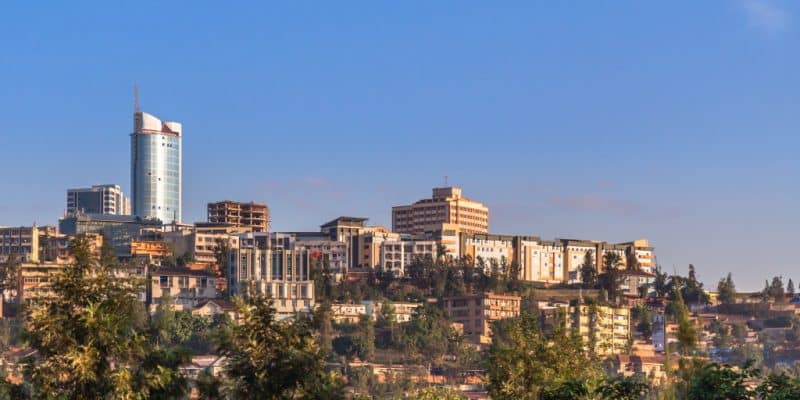 Electricity, agriculture, urban infrastructure, transport, manufacturing and textiles are all sectors that offer opportunities for the transition to a circular economy in Africa. This developing model of production and consumption can contribute to the fight against global warming and the stimulation of sustainable growth on the African continent.

WCEF2022 #1. Our series in partnership with the Finnish Innovation Fund Sitra.

The 27th United Nations Conference of the Parties on Climate Change (COP27) recently closed in Egypt on a positive note for climate financing for developing countries, but also with a failure to reduce the use of fossil fuels that cause global warming. With this concern dividing governments, multinationals and environmentalists, the time has come for mitigation solutions.

According to a joint study published on the sidelines of the Sharm-el-Sheikh meeting by the think tank Chatham House in the United Kingdom, the World Resources Institute (WRI), the Platform for Accelerating the Circular Economy (PACE) and the National Renewable Energy Laboratory (NREL) based in the United States of America, the circular economy can make it possible to limit global greenhouse gas (GHG) emissions to 1.5° Celsius, in accordance with the 2015 Paris Agreement.

If the practices and policies of the circular economy appear today as the effective way to reduce global warming and to quickly achieve the ecological transition, it is because it opposes the excessive withdrawal of natural resources due to overconsumption, especially in the countries of the North, as well as the waste of raw materials and non-renewable energy sources.  The circular economy promotes a more efficient use of natural resources; Africa needs this model to build its infrastructure, mitigate biodiversity loss and adapt to natural disasters, including floods and drought. Moreover, according to the African Ministers’ Conference on the Environment, the circular economy ensures a complete and virtuous cycle, as “products and materials are recycled, repaired, refurbished or reused, so that a by-product or waste from one economic process becomes an input for another.

One of the sectors at the heart of the circular economy today is waste. In its “Household Waste Treatment Report” published in 2020, the World Bank notes that, on average, 174 million tonnes of waste are produced each year in Africa. Given the continent’s accelerating population growth, this amount of waste is expected to triple by 2050, but could be exploited as a resource. For example, organic waste produced by households and farms can be converted into biogas, while the digestate from its fermentation can be used as fertiliser for agriculture. Plastic waste can be granulated and reused as a secondary raw material.

The circular economy at the heart of the WCEF

It is in this context that the World Circular Economy Forum (WCEF) opens on 6 December 2022 in Kigali, Rwanda. During the meeting, some 500 participants from several countries around the world will address the contribution of the circular economy to climate and nature, infrastructure, entrepreneurship and innovation, as well as trade and value chains. The event is jointly organised by the Finnish innovation fund Sitra, the African Circular Economy Alliance (ACEA) with other international partners.

“The circular economy can be a game changer for Africa’s development. This forum is an opportunity for Rwanda and the continent as a whole to showcase environmental management traditions and explore ways to make the transition to a fully circular economy a reality,” says Rwanda’s Minister of Environment, Jeanne d’Arc Mujawamariya.

While the circular economy is becoming increasingly essential, its potential for job creation is also clear. In Japan, for example, where the government began a transition to the circular economy in 2000, 650,000 jobs have been created in several areas. Several African countries are already following suit. This is the case in particular in Ivory Coast.

In this West African country, the National Waste Management Agency (ANAGED) has signed a partnership with the Worofla town hall and the Youth Employment Agency (AEJ) to train 110 young people in the production of compost enriched with hygienic cosubstrates, as well as in biofertilisation techniques based on enriched compost. The programme, which will run until September 2024, has already enabled the construction of a household waste composting unit, as well as the setting up of a waste collection system, thus creating 57 direct jobs.

These jobs generated by the circular economy on the continent also concern the fashion and textile sector, which accounts for about 8% of carbon dioxide (CO2) emissions according to the United Nations Environment Programme (UNEP). For its part, the African Development Bank (AfDB) has implemented the “Fashionomics Africa” initiative to encourage African clothing and accessories start-ups and entrepreneurs to implement environmentally friendly, sustainable and circular economy measures. Winners receive a cash prize worth a total of US$6,000 to formally start their business with a focus on recycling fashion products, minimising toxic substances, alternatives to existing raw materials, reducing waste, reducing energy consumption, renewable energy and taking into account the life cycle of products.

Meanwhile, the AfDB launched the African Circular Economy Facility in April 2022 to support African states’ efforts to adopt the circular economy in the face of climate change. The new fund will operate over a five-year period with support worth €4 million from the Government of Finland and the Nordic Development Fund (NDF). Among the sectors that will benefit from the new facility on the continent are smart agriculture, renewable energy, sustainable waste management and water efficiency. According to the AfDB, the initiative will support the achievement of nationally determined contributions (NDCs) that aim at reducing CO2 emissions and adapting to the impacts of climate change in each state.