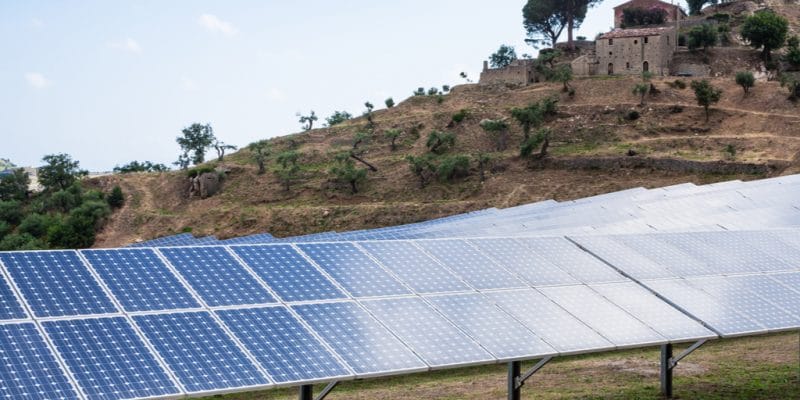 The African Solar Industry Association (AFSIA) has just announced the winners of its AFSIA Solar Awards 2020. These players in the solar industry were selected by a jury made up of professionals in the sector, in partnership with the Africa Energy Forum (AEF), the continent's leading energy forum.

They are well known. The African Solar Industry Association (AFSIA) has just published the list of solar industry players, who have been honoured by the first AFSIA Solar Awards. These are solar energy suppliers, industry professionals and donors who finance this clean energy solution.

Among the winners of the AFSIA Solar Awards 2020 is the mini-grid supplier Africa GreenTec. In rural areas in Mali, Niger and Senegal, the German start-up is installing its containerised solar systems to provide electricity to households. Also, in the off-grid solar energy section is CrossBoundary Energy. The company installs solar systems for industrial and commercial customers. The winning project at the AFSIA Solar Awards is the installation of a solar system at the Jabi Lake Mall in Abuja, Nigeria, which Afrik 21 reported on in 2019.

D.light is the winner in the category of suppliers of solar home systems. With this solution, the company based in San Francisco in the United States wants to electrify 100 million people, mainly in Africa south of the Sahara. African companies were also awarded prizes, such as Anka Madagascar, based in Tananarive. The company is distinguished for its ability to electrify households via mini-grids. It already has an installed capacity of 5 MW, which makes it a major player in the electrification process on the big island.

Pawame is also among the award-winning African companies. The small company is distinguished in the category “African Solar SME of the Year” for electrifying 80,000 Kenyans. Solar Box Gabon was also awarded in this category for developing the “Solar Cube” technology which doubles the production of conventional solar panels.

The financial institutions were also awarded by AFSIA and its partner Africa Energy Forum (AEF). This is the case of the African Development Bank (AfDB), which is being rewarded for the establishment of the Sustainable Energy Fund for Africa (SEFA), which among other things has contributed to the establishment of the first financing mechanism for stocks of solar irrigation products in East Africa.

The promotion of female entrepreneurship was also at the heart of this first edition of the AFSIA Solar Awards, organised on the side-lines of the AEF 2020. It was in this context that Olaedo Osoka won the “Woman in Solar of the year” award. The 27-year-old Managing Director of Daystar Power Ghana is rewarded for expanding her company in several West African countries including Ghana, Senegal and Togo. In 2 years, Daystar Power has installed solar systems with a cumulative capacity of 8 MW for commercial and industrial customers.