Homepage » AFRICA: Switzerland and Spain grant €10 million to the AfDB for climate projects 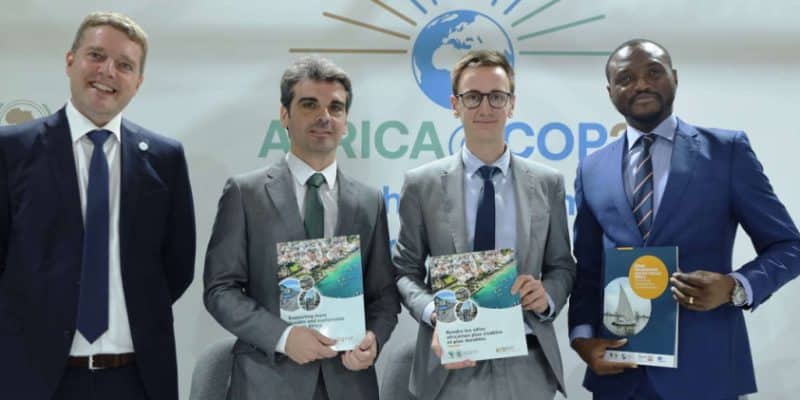 On the sidelines of the recently concluded 27th United Nations Conference of the Parties on Climate Change (COP27) in Egypt, Spain and the Swiss Confederation pledged €10 million to the African Development Bank (AfDB) Urban and Municipal Development Fund (UMDF) for climate projects in several African cities.

With nearly 1.5 billion people in the world expected to live in African cities by 2050, according to the African Development Bank (AfDB), building climate resilience in many urban centres remains a major challenge. It is in this context that the AfDB will benefit from a €10 million financing provided by the governments of Spain and Switzerland.

The agreement was signed recently in the presence of Ramón López Pérez, the Senior Climate Finance Advisor at the Spanish Ministry of Economic Affairs and Digital Transformation, and Dominique Paravicini, the Head of the Economic Cooperation and Development Service Centre at the Swiss State Secretariat for Economic Affairs (SECO).

The funding will be allocated directly to the Urban and Municipal Development Fund (UMDF), the AfDB body that supports “equitable and ecological” urbanisation policies on the continent. “This is an additional budget that will boost the activities of the UMDF and allow us to support better governance and urban planning to accelerate the development of climate sustainable cities,” explains Mike Salawou, Director of the Infrastructure and Urban Development Department at the AfDB.

Egypt, Ghana and South Africa are among the beneficiary countries of this fund because of their high population growth and the impact of climate hazards (drought, floods) on their economic development. Initially, the fund will invest in green housing and mobility as well as water and sanitation, in line with the Sustainable Urban Development Action Plan. The programme, which will run from 2022 to 2026, is being implemented by the AfDB in partnership with the United Nations Economic Commission for Africa (UNECA).