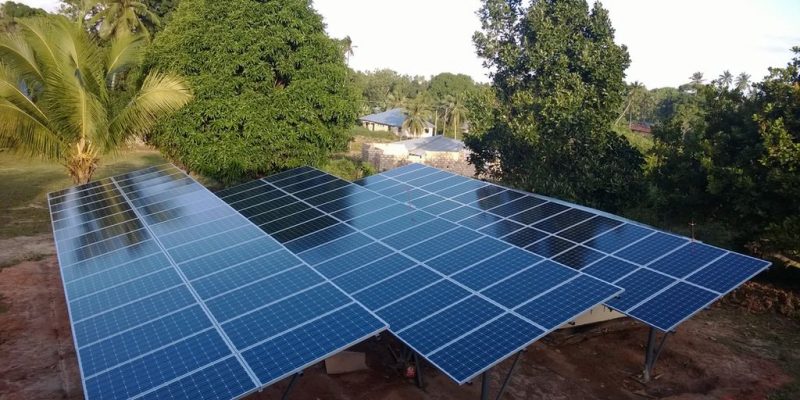 SunFunder now has 12 million dollars in its possession. The envelope was allocated by Swedfund, the financial institution of the Swedish government through the investment fund Solar Energy Transformation (SET), managed by SunFunder. The $12 million will be used to provide loans to companies active in the field of off-grid solar energy, mainly in Africa south of the Sahara.

According to Swedfund, the investment will help to improve access to electricity, as well as increase the production of renewable energy for people in the world’s least developed countries according to the list of the Development Assistance Committee (DAC) of the Organisation for Economic Cooperation and Development (OECD).

“This investment gives us, as a development finance institution, the opportunity to contribute to climate change mitigation and improved living standards through access to affordable and reliable electricity,” says Maria Håkansson, Managing Director of Swedfund. In addition to providing financial support to suppliers of solar photovoltaic off-grids, the development partner will contribute to improving the SET Investment Fund’s environmental, social and governance processes in relation to its borrowers.

According to the financial institution, solar investment fund manager SunFunder has already provided more than $100 million in debt financing to over 50 off-grid solar companies. These investments have improved access to energy for more than 7 million people and reduced emissions by more than 700,000 tonnes of CO2 per year.

Among the companies benefiting from SunFunder’s funding is Daystar Power, a company created by German solar specialists Christian Wessels and Jasper Graf von Hardenberg in association with Africa Venture Builder, a company that invests in many economic sectors, including renewable energy.

In February 2020, the off-grid solar system provider received $4 million from SunFunder to supply 3 MWp of electricity to Nigerian companies, against a backdrop of deficiencies in the national power grid.