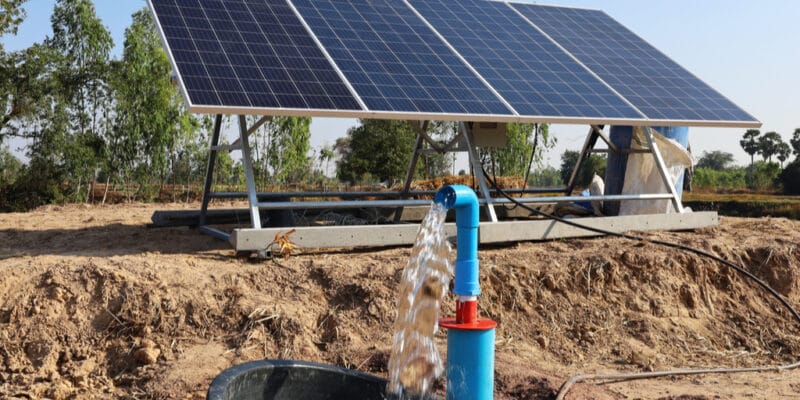 The solar powered irrigation system supplier SunCulture now has an $11 million line of credit for the dissemination of its solution in Africa. The facility was funded by Triodos Investment Management, Nordic Development Fund (NDF), AlphaMundi and the African Development Bank (AfDB) EIF OGEF. It was part of a transaction arranged by SunFunder.

The entire transaction was arranged by SunFunder, a financing company specialised in solar energy. SunCulture, which has already started drawing on the credit line, believes the facility will make it easier for it to provide solar-powered irrigation systems to farmers in sub-Saharan Africa. Most of these land workers use diesel-powered irrigation systems to irrigate their plots. Thanks to solar pumping, farmers save money while reducing the environmental impact of their farms.

SunCulture estimates that the new line of credit made available to it will prevent the emission of 20,000 tonnes of CO2 per year. To facilitate the acquisition of its equipment in rural areas where purchasing power is often low, the Nairobi-based company uses the pay-as-you-go model, which is very common among solar home system suppliers in Africa. Its implementation is facilitated by mobile banking, which is widespread in sub-Saharan Africa.

“SunFunder has set up this facility with a group of like-minded lenders to support an innovative product and business model. We look forward to seeing SunCulture expand into Kenya and new markets,” says Surabhi Mathur Visser, SunFunder’s Chief Investment Officer.

And the success of SunCulture’s business model is palpable, because despite the health crisis caused by Covid-19, the company was able to raise $14 million in 2020 from several investors to finance its expansion in sub-Saharan Africa.