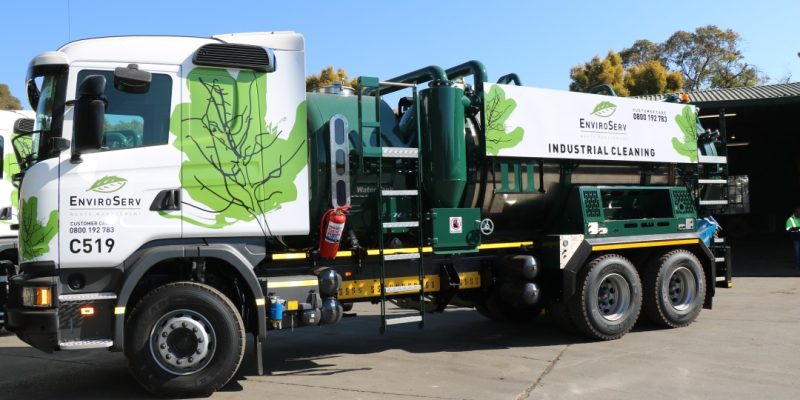 Deal completed. EnviroServ Proprietary Holdings is officially owned by French environmental giant Suez, together with South African investors Royal Bafokeng Holdings (RBH) and African Infrastructure Investment Managers (AIIM). This acquisition has already been approved by the South African antitrust authorities. With this acquisition, Suez has established itself in the field of industrial waste management in South Africa.

80 million and employs 2,200 people in three countries. The South African company manages both municipal and industrial waste, with a portfolio of clients that includes a number of multinational companies operating in the key sectors of petrochemicals, manufacturing, metallurgy and mining.

EnviroServ exports its services to other sub-Saharan African countries, Uganda and Mozambique. In Uganda, for example, the company, currently headed by Dean Thompson, has a waste management centre in Nyamasoga, a town in the Hoima district. The facility, which was commissioned in 2015, is equipped with a laboratory to test incoming waste, a landfill, a contaminated stormwater dam to contain runoff from the site and a wastewater treatment plant.

Read also- MOROCCO: Suez to recover Renault’s waste over the next 3 years

“The acquisition will help balance SUEZ’s international exposure, with a long-term goal of increasing international revenue from the current 25% to around 40% by 2027. It also underlines Suez’s strategic focus on waste management and selective growth in key international markets,” said the group led by Sabrina Soussan.

According to Suez, the acquisition of EnviroServ enables the group to become a major player in the development of the circular economy. Together with all its subsidiaries, the Gauteng-based company recycles an average of 125 000 tonnes of waste and manages 1.7 million tonnes of hazardous and non-hazardous waste per year. The company owns and operates a fleet of 175 specialised waste vehicles, 10 treatment and disposal sites and manages five other facilities in the three countries where it operates. For the record, EnviroServ Proprietary Holdings is 51% owned by Suez, Royal Bafokeng (24.5%) and 24.5% by IIMA.