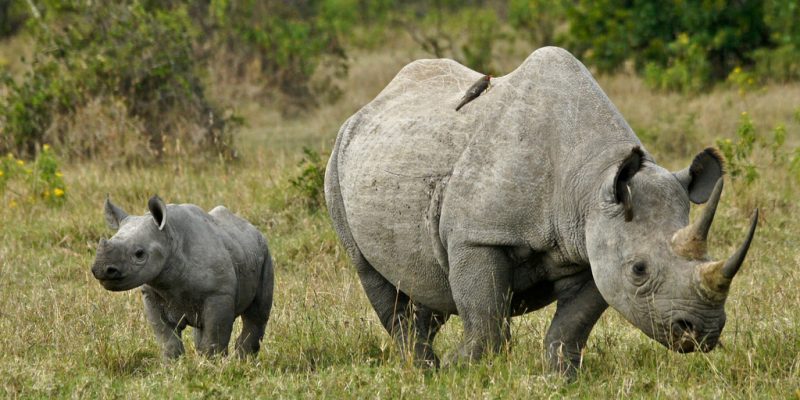 In response to the danger of rhino extinction in Africa, the French start-up Sigfox is developing a technology that will make it possible to geo-locate and track each animal more effectively to fight poaching.

News about rhino poaching in Africa continues unabated. The latest information comes from Zimbabwe, where seven Chinese nationals are currently on trial. They were arrested on the 23rd of December 2018 in Victoria Falls, in possession of pieces of rhino horns worth one million dollars. Although, in recent decades, the numbers of these species have been in free fall. In the 1970s, there were more than 70,000 specimens, while in the early 2000s, only 4,000 remained.

In the past, the main threat was the destruction of its natural habitat, but today, a completely different problem has emerged: poaching. In South Africa, for example, a rhino dies every 10 hours and 30 minutes due to poaching, more than two animals a day. An alarming situation for the big mammal, which has prompted a French start-up to conduct research that has led to the emergence of a technology designed to facilitate their protection.

IoT at the service of biodiversity conservation

In its work, Sigfox uses the Internet of Things (IoT). This technological arsenal is composed of trap cameras, acoustic or infrared sensors, trackers, motion detectors, drones… These objects are connected to each other by telecommunication means such as Wi-Fi, the private LTE/4G network or simply by satellite.

To save African rhinos, the Labège-based company launched the “Now Rhinos Speak” project, in French “Maintenant les rhinocéros parlent”. It has received support from non-governmental organisations (NGOs) working in the field in Africa, such as Save the Rhino International. The young shoot has developed a sensor that, when fixed on the animal’s horn, allows it to follow its movements. When the latter enters a zone where the risk of poaching is very high, the sensor sends a signal to the animal surveillance teams. Once alerted, the rangers go to the place to protect the animal.

According to the company’s managers, this new sensor is more effective than a GPS collar, which is often heavy and restrictive for rhinos. They are also often energy consuming. “The sensor only “wakes up” when it has to transmit data, which makes it impossible for poachers to intercept it,” explains Marion Moreau of the Sigfox Foundation. He added, “We have set ourselves a three-year autonomy and a maximum cost of $30 per sensor as a constraint. Sigfox wants to go further by detailing the instructions for use in free access on the Internet.