Homepage » AFRICA: should forest carbon offsetting continue after all? 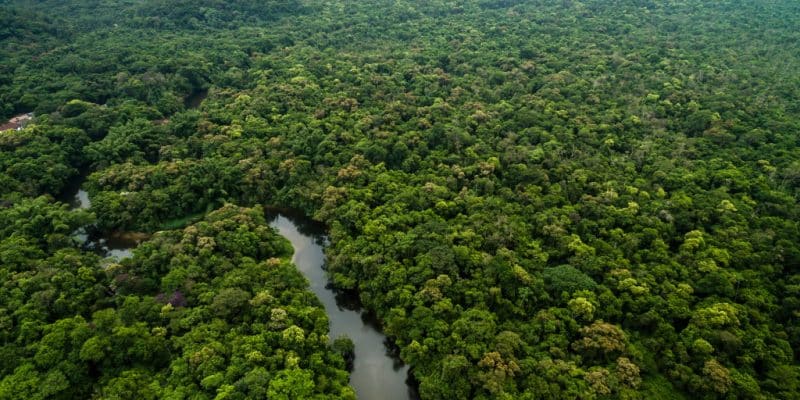 Increasingly criticised by civil society organisations and the media around the world, forest carbon offsetting can play an important role in the current climate crisis. This is the message of the recent release by the Centre for International Forestry Research and World Agroforestry (CIFOR-ICRAF), which warns against abandoning forest carbon offsetting schemes such as REDD+.

One of the most controversial forest carbon offset projects in Africa is that of the oil company TotalEnergies in Congo. In this country in the heart of the Congo Basin, the French giant has begun planting a 40,000-hectare forest on the Batéké Plateau. However, in December 2022, the French news website Mediapart revealed internal Congolese government documents and testimonies proving that TotalEnergies appropriated farmers’ land without their free consent. This affair has reopened the debate on greenwashing and, more generally, on forest carbon offsetting.

Forest carbon offsetting was originally conceived as a way to offset the emissions of individuals and companies seeking to reduce their carbon footprint while mitigating the effects of climate change. But critics argue that it is “a form of greenwashing that serves to delay urgent climate action in the North, reduces forests to the mere value of their carbon, and, because of the considerable uncertainties about how to measure carbon, can lead to the production of ‘fantasy’ credits or even fraud,” says the Rainforest Foundation Fund.

The shortcomings of a ‘solution

According to the Centre for International Forestry Research and World Agroforestry (CIFOR-ICRAF), forest carbon offsetting, particularly the REDD+ programme, can contribute to reducing deforestation and forest degradation. Implemented in recent years in several sub-Saharan African countries, notably in the Congo Basin and Madagascar, the Reducing Emissions from Deforestation and Forest Degradation (REDD+) programme is supported by development finance institutions such as the World Bank.

According to CIFOR, carbon offsetting is being questioned, in particular because of the displacement of people caused by the implementation of projects in developing countries where land is often scarce. In addition, these projects are often implemented in remote or difficult-to-access areas, making it difficult to monitor and verify the actual sequestration of carbon dioxide (CO2).

What are the conditions for offsetting?

Most importantly, “it is often a short-term solution to a long-term problem. Trees and forests take time to mature and reach their full carbon sequestration potential, and even then, they may not be able to fully offset emissions,” says CIFOR, which proposes rethinking offset mechanisms, including through the protection of intact, and largely intact, forests to preserve biodiversity and ecosystem services. And indigenous-controlled lands play a major role in this regard.

As well as encouraging the establishment of scientifically sound, fair and transparent carbon offset schemes, CIFOR proposes better management of production forests and plantations to provide the materials needed to shift from a fossil fuel-based economy to a bio-based economy, and to replace carbon-intensive materials such as cement and steel. Solutions are being developed in countries like Ghana to replace clinker, the main component of cement, with calcined clay…

“This does not mean that carbon offsetting projects should stop, quite the contrary. We need to continue restoring forests and peatlands while developing renewable energy and energy efficiency projects through offsetting programmes,” says Dr Robert Nasi, CIFOR’s acting director general.

Large tracts of degraded land on our planet should also be restored “in an appropriate and locally accepted manner to produce a range of essential ecosystem goods and services”, CIFOR proposes. But in the face of climate disruption, the solution lies above all in reducing greenhouse gas emissions (GHG) through the gradual elimination of fossil fuels.