Homepage » AFRICA: Seven cities at risk of submergence by 2100

AFRICA: Seven cities at risk of submergence by 2100 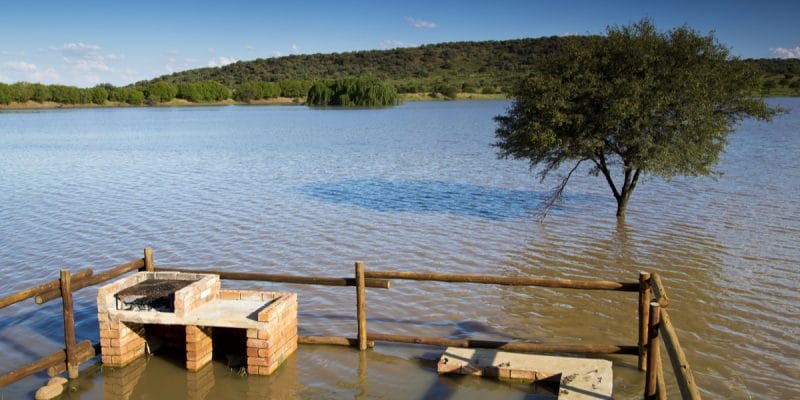 Oceans water is predicted to rise by two metres by 2100 if nothing is done to curb greenhouse gas emissions, according to a study by 20 climate change experts. This rise in water levels will primarily affect estuary cities. In Africa 7 large cities will be covered by the waves, if at all.

The conclusions of the study published on May 21, 2019 by the American Academy of Sciences are scary. They predict unprecedented environmental disasters in all regions of the world. The study conducted by 20 environmental experts is a new call to fight global warming. Even if the Paris Agreement is respected by all signatory countries, scientists say that water will still rise by about one metre and the average temperature will rise by 2 degrees by 2100. All this for consequences that remain dramatic, especially in Africa. The continent most exposed to the effects of climate change could see the disappearance of seven major coastal cities.

Abidjan is being targeted by the most vulnerable cities in the face of the risk of rising sea levels in Africa. The Ivorian seaside town on the Atlantic Ocean is in danger. According to the UN Habitat State of the World Cities 2008-2009 report, the port and airport of Abidjan, located one metre above sea level, will be flooded by rising water. The situation will cover an area of 562 km2 along the coast, including Grand-Bassam, a seaside resort on the outskirts of Abidjan.

For a city like Alexandria in Egypt, it will only take a 0.5 metre rise for the sea to submerge the beaches, causing 8 million people to move.

The same problem exists for cities such as Lomé in Togo, Cape Town in South Africa and the coastal region of Guinea.

The study carried out by experts from the American Academy of Sciences is also putting Asian, American and European cities in the spotlight. The flooding of these coastal cities will have to cause at least 187 million people to be displaced by the end of the century.

The conclusions of this study are part of the most pessimistic family of predictions about the effects of climate change. They also suggest that Africa could lose 47% of its agricultural income by the year 2100.

There’s a ray of hope.

However, according to the World Food Programme (FAO), there are optimistic forecasts that agricultural losses caused by global warming in Africa are only 6%. This second scenario assumes that climate change adaptation practises and infrastructure are already in place. Nevertheless, the gap between these two estimates is large enough to justify investment in adaptation strategies that will enable Africa to harness its vast natural resources. To succeed in consolidating its agriculture and eradicating hunger, analysts believe that the continent will have to deal with its natural environment in order to make it more productive and resilient to climate change.

With regard to floods, a study by the French Economic and Social and Environmental Council (Cese), presented in 2015, calls for action on four main vectors: “population and infrastructure exposure, vulnerability of issues, man-made exposure factors and the anticipation of climate change”. “A number of measures could be taken in areas known for their natural hazards using common sense,” according to the study. And to quote, for example, that in the event of a proven risk of flooding on the plain, “the first step to be taken is not to issue any building permits in flood expansion zones or located near the bed of a watercourse”. In the face of flood risks, new buildings located in high-risk areas should benefit from appropriate techniques (construction on piles, reinforced foundations, etc.) while existing buildings should also include specific installations (concealment of penetrations, raising of electrical boxes, etc.).