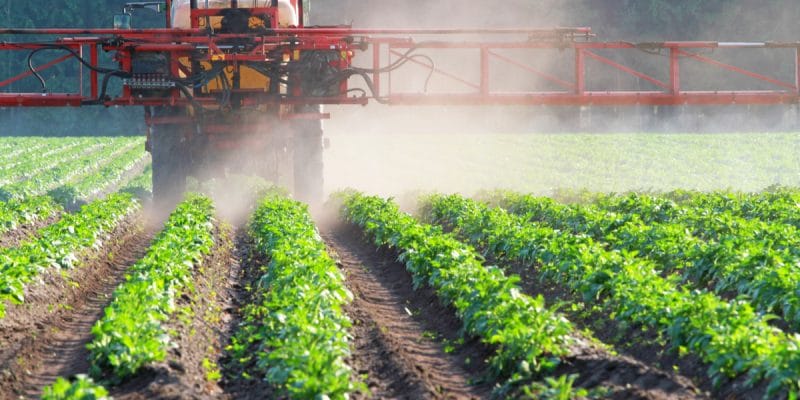 Despite low pesticide use (between 2.1 and 6.8% of global use), Africa is gradually becoming the dumping ground for banned pesticides in Europe. This is the case of neonicotinoid insecticides, whose current status of their use on the continent is the subject of a report published on November 12, 2019 by the Network of African Academies of Sciences (NASAC).

In this pioneering report, entitled “The Use and Effects of Neonicotinoid Insecticides on African Agriculture”, researchers from seventeen African countries fear the widespread and misuse of nicotine-like insecticides. These substances have deleterious consequences for agriculture and biodiversity.

In 2013, the European Union banned these insecticides because of their involvement in the decline of bees and other pollinators. While in Africa, the proliferation of large intensive farms targeting domestic or export markets has opened the door to the spread of these substances in a poorly controlled manner. According to the Nasac report, these substances constitute 14.4% of the pesticides used on cultivated land around apiaries in Kiambu and Nairobi counties in Kenya.

The harmful effects of neonicotinoids include the loss of honey bee colonies and contamination of agricultural products, soils and freshwater systems. The loss of bees leads to the absence of pollination and natural pest control, which is one of the foundations of sustainable agriculture on which future food security depends. “Bees increase agricultural productivity and crop quality. They are just as important, if not more so, in the African context than in the rest of the world,” said Enock Dankyi, a lecturer in the Department of Chemistry at the University of Ghana.

Scientists therefore hope that their report will bring about a change in practice and regulation regarding the use of these types of pesticides in African agriculture. They expect governments to enforce stricter insecticide regulations throughout Africa and to promote good agricultural practices in plant protection, in order to ensure sustainable agriculture that protects the environment, human health and biodiversity. The case is all the more urgent as a recent study has just shown that the risks to bees persist long after the ban.