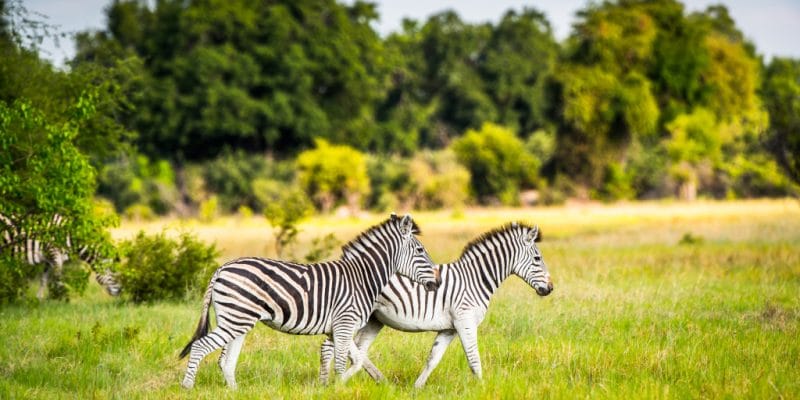 The Rob and Melani Walton Foundation will commit $100 million to wildlife conservation in Africa. The funds will primarily support the activities of African Parks, which manages some 15 national parks in sub-Saharan Africa.

African Parks is again getting funding for wildlife conservation in Africa. The $100 million pledge is being made by the Rob and Melani Walton Foundation, administered by US billionaire Rob Walton, founder of retail giant Walmart, and his wife Melani Lowman-Walton. The funds will be divided into two parts. The first of $75 million will be used to create the Rob and Melani Walton Endowment Fund to support conservation operations.

The second part of the funding, $25 million will support national parks managed by African Parks. The Johannesburg, South Africa-based organisation manages 19 national parks across the continent, covering 14.7 million hectares, through its 3,200 staff. “Part of the funds will be used for five-year matching grants, in conjunction with the Legacy Landscapes Fund, for Iona National Park in Angola and Odzala-Kokoua National Park in Congo. This funding will leverage an additional $10 million for each park over the following ten years,” says African Parks.

The urgency of wildlife conservation

The organisation, founded in 2000 by Paul Fentener van Vlissingen, believes that the funds provided by the Rob and Melani Walton Foundation will increase its impact by managing more parks, reduce poaching, increase wildlife populations and improve the livelihoods of hundreds of thousands of people living around national parks.

In 2020 African Parks identified in an analysis 161 ‘anchor areas’ in Africa that have the greatest potential to become large, sustainable landscapes capable of supporting globally significant biodiversity. However, only 69 of these areas are currently adequately protected, the organisation said. “If all 161 areas are given effective management solutions, they will be a fundamental step towards the broader vision of saving 30% of Africa for nature,” says African Parks.

“The impacts of the climate crisis are undeniable, and we must act quickly and boldly to protect communities so that people and nature can thrive together. In Africa, part of the solution is to conserve more parks to protect biodiversity and ensure that communities enjoy the health and economic benefits that these areas can offer when well-managed,” says billionaire Rob Walton, who is also a trustee of African Parks.

Read also: AFRICA: African Parks gets $108m for the management of its national parks

The organisation’s ambition is to manage 30 African national parks, covering at least 30 million hectares by 2030, while supporting local livelihoods. According to African Parks, this prospect would support the efforts of African governments, helping them to achieve the global goal of protecting 30% of the planet for nature.