Homepage » AFRICA: « Rhino bonds » to be issued by 2020 to protect black rhinos

AFRICA: “Rhino bonds” to be issued by 2020 to protect black rhinos 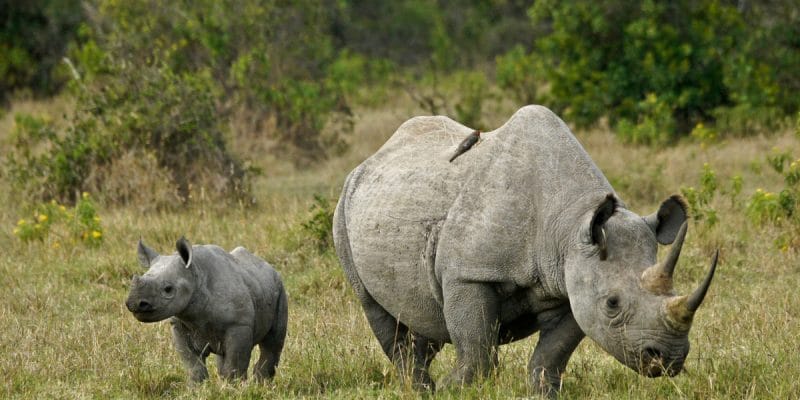 In 2020, a brand new type of bond will be launched on the market: the "Rhino bonds". They are intended for the conservation of rhinos. These debt securities will be issued for $50 million. This targeted sale of impact bonds aims to increase the black rhino population in five parks located in Kenya and South Africa.

It is a unique innovation in the bond market. Debt securities called “Rhino bonds” will appear in Africa. The loan is a specific one, intended to protect rhinos. In 2020, these bonds, totalling $50 million, will be issued in the financial market by Conservation Capital, a company founded in Kenya about 15 years ago to create financing tools for companies and investments in the conservation of endangered species. The structure operates in partnership with institutions such as the Zoological Society of London, the World Bank, the Royal Foundation, a few banks such as Credit Suisse and UBS and the law firms DLA and Piper.

The funds borrowed will cover rhino protection efforts in five parks in South Africa and Kenya, where about 700 black rhinos live, representing about 12% of the world’s population of this species.

With a 5-year term the bonds, investors will be repaid their capital and a return if the number of animals increases, because the objective of this operation is to increase the world population of black rhinos by 10%.

The impact bond issue for the black rhino could be extended to other species, as suggested by the initiators of the Rhino bond. “There is a huge potential for this to be used for other species. We started with the following framework. We can create an impact link for conservation,” said Oliver Withers, Head of Conservation Funding and Conservation at the Zoological Society of London.

The choice of the black rhino may also reflect the fact that it is one of the preferred targets of poachers. In South Africa, the government counted 702 rhinos killed by poachers in 2016, including 458 in Kruger National Park alone. A reserve the size of Belgium, which has the largest population of rhinos in the world. Animals hunted for their horns sold in powder for several thousand euros per gram in Vietnam and China, where traditional beliefs give them supposed healing properties for cancer and improved virility.

In this context, the “Rhino bonds” could be a success in the future. After all, according to Francis Vorhies, the director of the Africa Leadership University, who took part in the Johannesburg forum on environmental protection in southern and eastern Africa, Africa will attract 134 million tourists in 2030, with hundreds of billions of euros in revenue in this area.