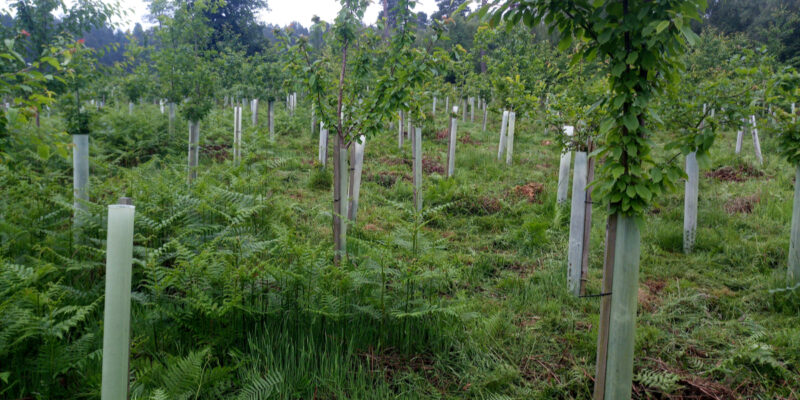 Researchers at the Royal Botanic Gardens (RBG) in Great Britain have just defined 10 golden rules for the effectiveness of reforestation projects around the world. Africa, which is undertaking the most ambitious project in the field, namely the "Great Green Wall", a 15 km wide and 7,800 km long corridor of vegetation in the Sahel, should be inspired by these rules to achieve the desired objectives. For RBG experts, planting a tree in an inappropriate location can have irreversible consequences.

In some cases, large-scale tree planting does not increase carbon absorption and can have negative effects on the ecosystem and biodiversity. To avoid such misadventures, researchers at the Royal Botanic Gardens (RBG) in Kew, south-west London, Great Britain, have defined ten rules to be followed for appropriate and effective reforestation. The publication of these ten golden rules for reforestation comes at a time when Africa wants to speed up the implementation of the Great Green Wall initiative. It is a 15 km wide strip of vegetation crossing the entire African continent over 7,800 km, passing through 11 countries (Gambia, Senegal, Mauritania, Mali, Niger, Nigeria, Chad, Sudan, Ethiopia, Eritrea and Djibouti).

The choice of the area to be reforested

The African Union’s flagship project, the Great Green Wall, which aims to combat the effects of climate change and desertification on the African continent, does not comply with all ten golden rules of reforestation proposed by RBG researchers. In its implementation, the Great Green Wall is mostly spread over desert land, yet English experts propose to plant trees in areas that were historically forested, but which have been degraded. “If you plant the wrong trees in the wrong place, you could do more harm than good,” says lead researcher Kate Hardwick of RBG.

This rule on the choice of site for reforestation is in line with the criticisms already made of the Great Green Wall project. According to these criticisms, the project should instead incorporate ancestral land management systems. It would be better to protect what already exists in the area, stop cutting down trees in valleys and oases, repair the damage caused by climate change, educate communities about REDD+ processes and replace lost livestock. According to Mark Hertsgaard of Le Monde diplomatique, desertification is not a uniform phenomenon: “It is these strips of land that should be targeted, not the whole Sahel-Sahara border”. This argument is in line with the first reforestation rule proposed by RBG researchers, that of protecting existing forests first. “Whenever there is a choice to be made, we stress that stopping deforestation and protecting the remaining forests must be a priority,” says RGB Scientific Director Alexandre Antonelli.

The other 8 golden rules

The large-scale reforestation proposed by RBG researchers is no less important. They revolve around aspects already taken into account by the Great Green Wall. These are the aspects related to the integration of the inhabitants: putting the local population at the heart of tree planting projects, and making the project lucrative for the local residents.

In terms of biological diversity, the researchers propose to maximise the recovery of biodiversity to achieve multiple objectives, ensure that trees are resilient to adapt to climate change, use natural forest regrowth wherever possible, and choose the right tree species that can maximise biodiversity. The managerial aspect consists of planning in advance and combining scientific and local knowledge.