Homepage » AFRICA: Preserving biodiversity to fight diseases such as covid-19 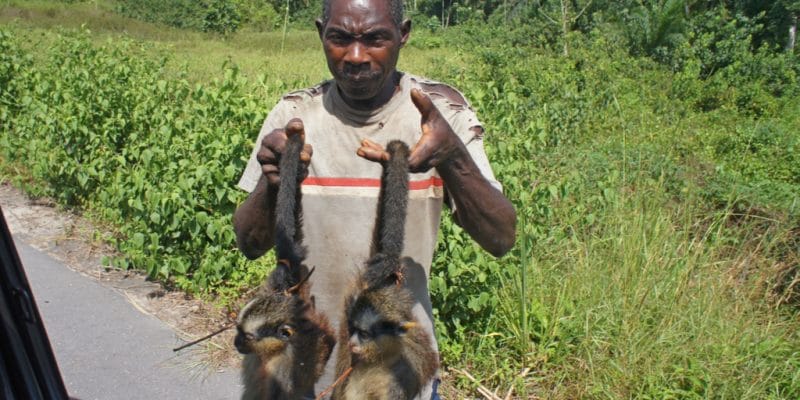 The world is facing a Covid-19 pandemic that has already caused the deaths of more than 41,000 people to date. Scientists are speculating about the source of the new coronavirus and believe it is of animal origin. The consumption of the meat of these animals could be the cause of the contamination of humans. Several researchers are already sounding the alarm for the preservation of biodiversity, particularly in Africa.

While the world’s attention is focused on the coronavirus pandemic, which is confining more than 3 billion people, more and more voices are being raised calling for the preservation of biodiversity. Although it is true that research has not yet found the exact origin of the new coronavirus, some scientific publications indicate that the Sars-CoV-2 (covid-19) is the result of a recombination between two different viruses from the bat and the pangolin.

It is therefore the consumption of these wild animals that would be at the origin of the contamination of humans in the Chinese city of Wuhan from where the pandemic started. According to biodiversity expert Véronique Dham, the destruction of tropical forests and wetlands increasingly allows contact between humans and wild animals, which are often natural reservoirs for many viruses.

“The SARS contaminated humans through the civet, an omnivorous mammal. Ebola is believed to be more closely related to bats. So there are relationships between hunter-gatherers in the forest and the contamination of the population by bats. But in the case of Covid-19, for example, when you go to the market in Wuhan, you realise that there are wild animals in cages that come from everywhere, from large regions of China,” explains Professor Rodolphe Gozlan, research director at the Research Institute for Development (IRD), in Montpellier, in the south of France. According to this researcher, these animals are often concentrated in very small cages, under extremely stressful conditions, with immune systems that are failing and mixed 24 hours a day with human populations of different ages and health conditions that are just as diverse.

The warning with the Ebola epidemic

Ebola is one of the worst health crises in Africa since the beginning of the 21st century. This viral disease is now under control in both West and Central Africa, where it caused more than 11,300 deaths between February 2014 and March 2016. However, the Ebola virus is still present but is reaching the end of its cycle in the Democratic Republic of Congo (DRC). Professor Jean-Jacques Muyembe, who is leading the response to the disease, says the DRC government could declare the end of the epidemic on April 12, 2020. 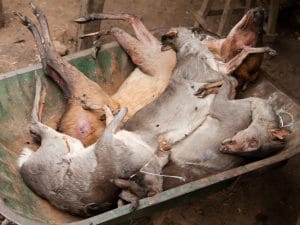 Antelope carcasses at a market in Congo. © Grodza/Shutterstock

The origin and consequences of the disease seem to have been forgotten. According to the World Health Organisation (WHO), fruit bats of the pteropodidae family are the natural hosts of the Ebola virus. The virus enters the human population after close contact with blood, secretions, organs or body fluids of infected animals such as chimpanzees, gorillas, fruit bats, monkeys, wood antelopes or porcupines found sick or dead in the rainforest.

Virus carriers or not, most of these animals are threatened with extinction in Africa. Currently, their carcasses continue to occupy counters in several African markets. The Center for International Forestry Research (CIFOR) estimates that 5 to 6 million tons of bushmeat are extracted annually from the Congo Basin, roughly equivalent to the annual cattle production of Brazil (one of the world’s largest exporters of beef, editor’s note). Protecting and conserving these animals and their natural areas could help limit the resurgence of certain infectious diseases.

The need to conserve biodiversity

According to Professor Rodolphe Gozlan, director of research at the French Research Institute for Development (IRD), “an animal population that is a carrier of an infectious agent such as a virus has several ways of containing that virus. Either the population will develop genetic diversity, which in this genetic diversity will be able to bring resistance to different infectious strains and thus become less easy to transmit. If populations are reduced, genetic diversity also shrinks and natural resistance phenomena suffer”. 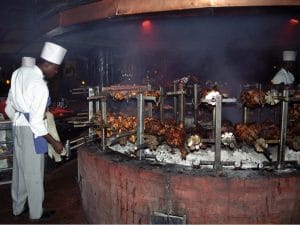 In concrete terms, wildlife diversity makes it possible to mitigate the infectious effect of certain species. Thus, prevention against viral diseases also involves the preservation of African biodiversity, part of which fuels vast trafficking between the continent and Southeast Asia.