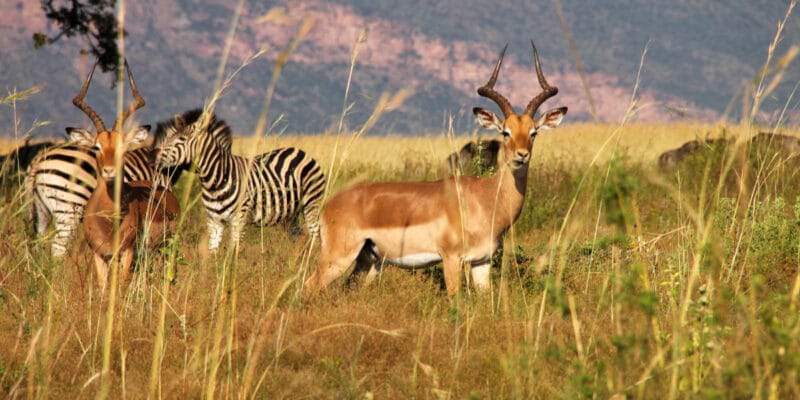 Africa faces increasing threats of biodiversity loss. The UN estimates that by 2050 the continent will have lost more than 50% of its bird and mammal species. To reverse this trend, a British researcher proposes philanthropy as a solution to the lack of funding for nature conservation. A sector facing an annual funding shortfall of $711 billion, according to the UN.

The issue of funding for biodiversity conservation caught the attention of world leaders at the 4th One Planet Summit held on January 11th, 2021. Antonio Guterres, the Secretary General of the United Nations, stated on this occasion that biodiversity is facing an annual funding shortfall of 711 billion dollars, and that the situation is expected to last until 2030. Yet conservation funding is crucial for the preservation of the planet and the human species. In Africa, where climate change is having a greater impact, “more than 50% of birds and mammals are expected to disappear by 2050”, says Cristiana Paşca Palmer, head of biodiversity at the UN.

To prevent this disaster, Maram Ahmed proposes using philanthropic organisations. The senior researcher at the Department of Oriental and African Studies at the University of London believes that the large flow of philanthropic capital to Africa should no longer be limited to activities related to polio eradication and improving access to education. “Although philanthropic funds alone cannot finance biodiversity conservation, they can be channelled towards raising awareness of the growing threats to nature and polling public opinion. They can be deployed to support civil society and social movements, green investment in research and development,” explains Maram Ahmed.

Indeed, philanthropic funds have already proven their effectiveness in conserving biodiversity in Africa and more specifically in the Gorongosa National Park in Mozambique. Once touted as one of the richest areas of biodiversity in the world, the park lost 90% of its wildlife during Mozambique’s civil war from 1977 to 1992. But thanks to strategic philanthropic investments by the Carr Foundation, more than 100,000 large animals repopulated Gorongosa 10 years after the war. Philanthropist Gregory Carr has pledged $40 million over 30 years to restore the park to its pre-war wildlife population.