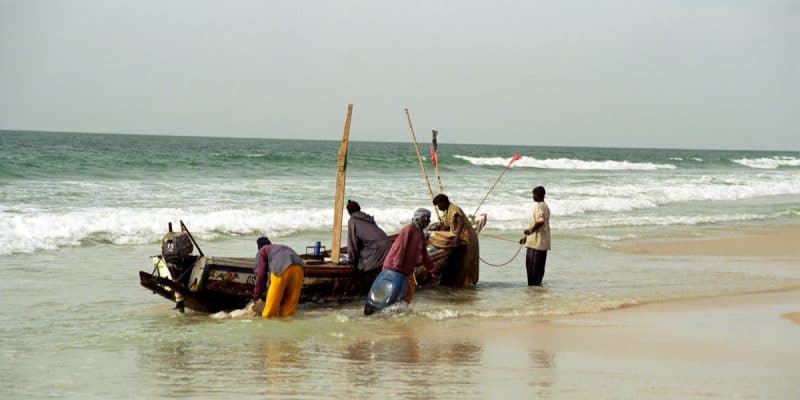 The latest results of the International Panel on the Oceans are much more alarming than those of August 2019. The report published from Monaco on September 25, 2019, indicates that pollution is degrading the seas and oceans more strongly and more rapidly than expected. Acidification of waters will have several consequences for Africa, including a 40% decline in its fish stock.

“The oceans and frozen areas, victims of global warming, are withering away at high speed, threatening huge parts of humanity, which must reduce CO² emissions as quickly as possible to limit the damage” warned the Intergovernmental Panel on Climate Change (IPCC) on Wednesday, September 25, 2019. In its report on the oceans and cryosphere, i. e. all the planet’s frozen waters and soils, the IPCC warns against irreversible changes.

With 38 coastal states, 13 million square kilometres of maritime areas and 26,000 kilometres of coastline, the African continent has reason to be truly concerned about the results of this new IPCC report. Experts note that the acidity of the waters will produce a significant decrease in fish food (phytoplankton in tropical waters). This will have an impact on fish stocks, which could decline by nearly 40%. Fish will seek more favourable conditions by migrating north, which will be a problem for fishermen and all those who consume fish.

Sea level could rise by at least one metre by 2100

While previous IPCC estimates set the temperature increase at 1.5°C by 2100, the new estimates are worse and now openly suggest a 2°C increase over the same time frame. At this temperature, the melting of the ice caps will be stronger and the sea level will rise by one metre.

The situation will be disastrous for African island states such as Mauritius, where, according to official figures, erosion has already washed away 11% of the coastline and weakened coral reefs. In addition, the rise of the sea has multiple consequences. Groundwater becomes unusable for irrigation because of the salinisation of the water that occurs.

It should be remembered that the lives of humans, animals and the biosphere are closely linked to the ocean and the cryosphere. According to IPCC studies, these bodies of water are large carbon sinks. Of the 40 billion tonnes of CO² emitted each year by human activity, less than 50% remains in the atmosphere. The remainder is absorbed in approximately equal parts by terrestrial vegetation and the ocean. Similarly, the oceans absorb more than 90% of the additional heat generated by global warming.