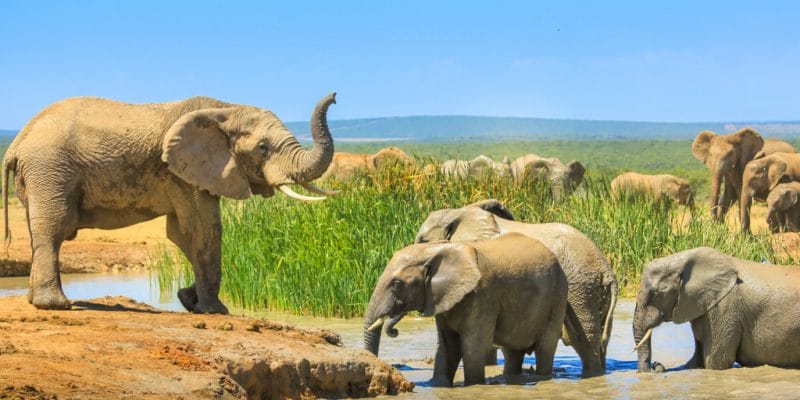 The Convention on International Trade in Endangered Species of Wild Fauna and Flora (CITES) recently decided, by a vote of its members, to impose new restrictions on international trade in African elephants. It brought its members together for a plenary session that ended on August 28, 2019 in Geneva, Switzerland.

African biodiversity advocates may not have won their proposals to the Convention on International Trade in Endangered Species of Wild Fauna and Flora (CITES), which ended on Wednesday, August 28, 2019, in Geneva, Switzerland. However, they have much to be pleased about as new restrictions on international trade in African elephants come into force.

This is the result of a vote that took place in plenary session. Among the members of the CITES, 87 voted in favour of the new restrictions, 29 against, and 25 abstentions. The new measures aim to limit the transfer of African elephants to zoos or other attractions far from the African continent. The new regulations stipulate that the only places capable of hosting African elephants caught in the wild under good conditions are on site conservation programmes in Africa, in areas where elephants currently live or may have been present in the past.

The opposition of Zimbabwe and Botswana

There are exceptions to the application of the new regulations on international trade in wild African elephants. These pachyderms can be transferred to conservation programmes on other continents in exceptional cases, but only for a limited period of time. Such a request should be the subject of an analysis by the CITES and the International Union for Conservation of Nature (IUCN).

Zimbabwe and Botswana, however, are standing up against this new measure of the CITES. Both countries consider that they have elephant populations large enough to be able to catch and sell them freely. A few months ago, Botswana even lifted the ban on elephant hunting on its territory. The government of this southern African country estimates that the elephant population has increased significantly in recent years. As a result, they leave the reserves to destroy the plantations of the residents. A decision to allow elephant hunting that has angered environmental advocates.

Namibia has joined Botswana and Zimbabwe in calling for the lifting of the ban on the sale of ivory from elephant tusks. A request rejected by the CITES, supported by non-governmental organisations (NGOs) who believe that such a decision would increase poaching of the largest mammal on the African continent. This phenomenon decimates 40,000 elephants each year. This is almost three times higher than Kenya’s estimated elephant population of 15,300 in 2017.