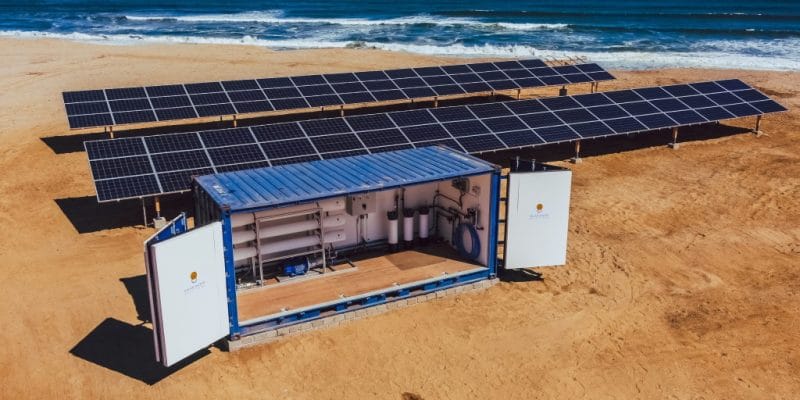 This prefabricated equipment is installed in a container. This design facilitates transport and allows for rapid installation in hard-to-reach locations. The entire system is powered by a solar system that can be hybridised with electricity from the grid or other sources such as wind power. With the funding provided by NEFCO, the Helsinki, Finland-based company will cover the working capital costs for an order in Morocco.

Installation of 10 desalination systems in Morocco

In the Kingdom of Morocco, the company led by Antti Pohjola will install 10 solar-powered desalination systems in Guelmim Oued Noun, a region in southern Morocco. The project will be carried out in partnership with Atlas Inclusive Partners, a local environmental solutions company. These installations will allow the region to cope with the water stress that Morocco is experiencing.

Currently, drought is also affecting water resources in other parts of Africa, particularly in the south and east. “The need for clean water is global and growing. Through responsible partnerships, we can together revolutionise access to safe and affordable water in rural areas. Achieving the Sustainable Development Goals (SDGs) will not happen without the following four key elements: sustainable technology that lowers the cost of drinking water, access to finance, local partners, and a market-based business model,” says Antti Pohjola, SWS’s CEO.

The company has already installed its desalination systems in Namibia. In 2019, SWS put a desalination system in the Sam Nujoma Campus of the University of Namibia (UNAM), located at Henties Bay in the Erongo region. The plant has a capacity of 3.5 m3 of drinking water per hour. SWS also intends to use the new NEFCO funding to export its technology to the Caribbean and Madagascar. The south of the island is particularly affected by drought.