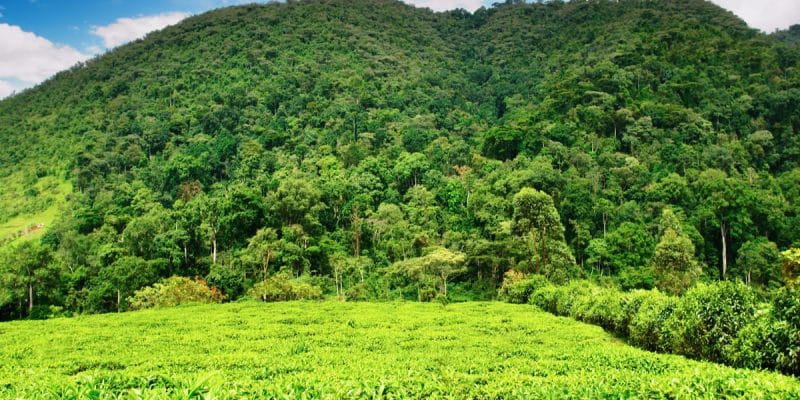 In a recent study, British and Rwandan researchers call for more conservation of mountain forests in Africa. Analyses have shown that these ecosystems absorb far more carbon than previously thought. This means a capacity of 150 tonnes per hectare, far from the 89 tonnes declared by the Intergovernmental Panel on Climate Change (IPCC).

This study changes the perception of Africa’s montane forests. British and Rwandan researchers assessed the absorption capacity of 44 mountain forests in 12 African countries. The study found that the potential of Africa’s mountain forests is actually 150 tonnes per hectare, twice as much as the climate scientists’ analysis. In a report published in 2019, the experts of the Intergovernmental Panel on Climate Change (IPCC) gave storage of about 89 tonnes per hectare for African forests.

“If African forests are capturing so much carbon, it could be because of elephants and other herbivores. This is because large animals eat the tall grass, leaving large spaces for the big trees to grow. However, more study is needed to be sure,” says Aida Cuni-Sanchez, a tropical forest ecologist at the University of York in the UK.

But mountain forests are under threat in Africa

By revealing the great absorptive capacity of African forests, the study proves that it is not only the Amazon forest that needs to be protected. African forests also play an essential role in the fight against global warming.

However, the scientists deplore man-made deforestation on the continent. Since the beginning of the 21st century, Africa has lost about 0.8 million hectares of forest, mainly in Ethiopia, Uganda, Ivory Coast and the Democratic Republic of Congo (DRC). This is equivalent to releasing more than 450 million tonnes of CO2 into the atmosphere. If Africa’s forests are not better protected in the coming years, the continent could lose another 0.5 million hectares.