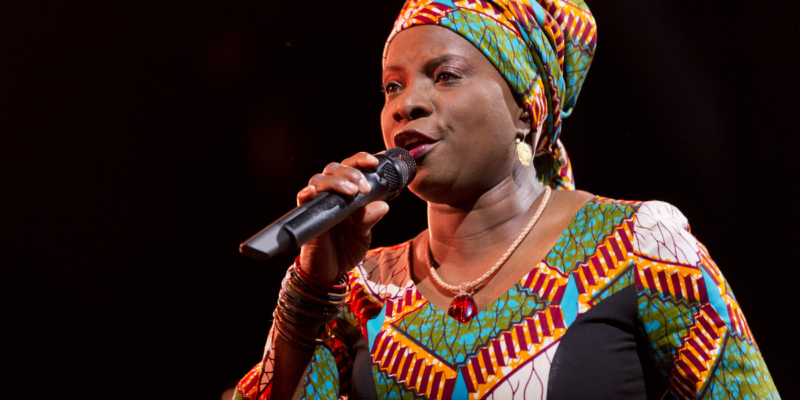 The Beninese singing diva, Angélique Kidjo, is launching a fundraising campaign for the production of an environmental film entitled "Mother Nature". The proceeds from the production and distribution of the film will be donated to the GoodPlanet Foundation, which supports environmental projects around the world.

Beninese artist Angélique Kidjo’s commitment to the environmental cause has now moved into the realm of film. The singer has joined forces with French director Yann Arthus-Bertrand to make a short film entitled ‘Mother Nature’. It is a committed, transgenerational, musically energetic and plastically inspiring work to carry a call for the protection of the planet loud and far. In Africa, “it is the children who are bearing the brunt of the climate change crisis. It is the future generation that will pay the heaviest price for climate change,” says Angélique Kidjo.

The film will be shot in Benin, France and a third country to be chosen according to the evolution of the Coronavirus pandemic: Lagos in Nigeria or New York in the United States. However, the film’s production team currently has only 15,000 euros at its disposal, limited to covering the costs of filming in France. To ensure the transport and accommodation of the teams, the rental of technical equipment, the organisation of the filming, and administrative costs in Benin and in the third country, the team needs an additional budget of 50,000 euros. To find this sum, Angélique Kidjo and her director have launched a crowdfunding campaign for the filming of “Mother Nature”.

All proceeds from the film will be donated to Yann Arthus-Bertrand’s GoodPlanet Foundation, which aims to preserve the planet, raise awareness of ecological causes and support environmental projects around the world.

Born on July 14th, 1960 in Cotonou, Benin, Angélique Kidjo grew up in an environment full of sacred forests and medicinal plants. This is why she is now committed to the preservation of the environment. This commitment was demonstrated in 2009 in Copenhagen, where she took part in a 100,000-strong demonstration in front of the Danish Parliament on the side-lines of the 15th Conference of the Parties on Climate Change (COP15), chanting ‘There is no Planet B’. She will also be a guest star at COP21 in 2015 in Paris, France.

Angélique Kidjo’s new environmental action, the short film “Mother Nature”, is a cinematic illustration of the eponymous title of her forthcoming album, due for release in May 2021.