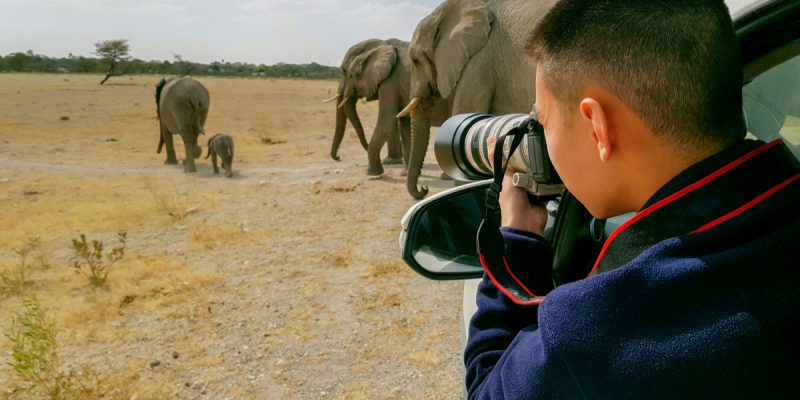 "Prints for wildlife" is a fundraising campaign led by more than 70 wildlife photographers. They offer their works for sale for a period of one month. The funds raised are intended to finance the conservation of African wildlife, which is threatened by the effects of Covid-19.

The campaign is called “Prints for wildlife”. It was initiated by the Dutchman Pie Aerts in collaboration with the Austrian Marion Payr. Both wildlife photographers were shocked by the impact of the Coronavirus pandemic on African wildlife.

Containment due to the Coronavirus pandemic has reduced pollution around the world, but not poaching. Many economically affected people have turned to poaching in several countries around the world.

In Africa, several animals such as rhinos and elephants are reportedly particularly affected. Indeed, ecotourism and photo safaris, whose revenues are used to protect parks, are at a standstill. So the equation is simple: no more tourists, no more revenue, no more local economy and jobs, no more surveillance… the door is wide open to all kinds of trafficking, especially for the 1,000 rhinos and 34,000 elephants that Kenya is home to and that are classified as “vulnerable species” by the International Union for Conservation of Nature (IUCN).

It is therefore in this context of vulnerability of African wildlife that the “Prints for wildlife” campaign was launched. The choice of African Parks as the exclusive beneficiary of the campaign’s funds is justified in particular by its radius of implantation. Created in 2000 and based in Johannesburg, the South African NGO manages 18 national parks (about 14 million hectares of land) in 11 African countries, including Zambia, Kenya, Botswana and Angola. African Parks is mainly active in countries where governments do not have sufficient resources for nature protection.