Homepage » AFRICA: millet and sorghum, the cereals most resistant to climate change

AFRICA: millet and sorghum, the cereals most resistant to climate change 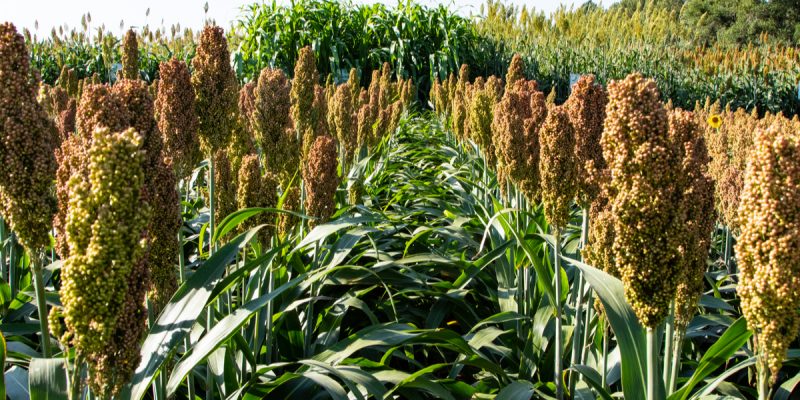 Will the climate resilience of African agriculture be achieved through the cultivation of millet and sorghum? Produced mainly in Africa, these two cereals have a record capacity to withstand heat stress. The data are available in the UN multi-agency report on the state of the climate in Africa, released on October 26th, 2020.

One of the aspects highlighted by the UN multi-agency report on the state of the climate in Africa is the unparalleled climate resilience of millet and sorghum crops. Millet, for example, is capable of flowering at temperatures of up to 42°C. This exceptional performance allows these two cereals to thrive in arid regions with water requirements of 250 mm/year, less than half the volume required by rice, 750 mm per year.

In a scenario where global warming is set to increase in Africa, UN experts estimate that average yields are expected to fall by 5% for millet and 8% for sorghum by the middle of the century, compared with larger declines of 12% and 21% for rice and wheat respectively. Africa, which provides more than half of millet production, will therefore be able to maintain its rank.

Climate change is having an increasing impact on the African continent.

Millet and sorghum may be resistant to global warming, but they alone cannot guarantee the economic contributions of agriculture and food security on the continent. Cash and staple crops such as rice and wheat will be hit hard, with yield losses by 2050 of 12% and 21%, respectively, under a scenario where global temperatures rise by 1°C to 4°C above pre-industrial levels. “This warming is comparable to that of most other continents, and therefore slightly faster than the average global surface temperature. The latest 10-year forecast, covering the five-year period from 2020 to 2024, shows continued warming and declining rainfall, particularly in northern and southern Africa, as well as increased rainfall in the Sahel,” the report says.

There is one positive note in the report, however, namely the increasing involvement of African countries in the fight against climate change. The World Meteorological Organisation (WMO) reveals that more than 90 per cent of African countries have ratified the Paris Accord and several have committed to switching to green energy in a relatively short period of time. Renewable energy and agriculture, for example, are priorities in more than 70% of African Nationally Determined Contributions (NDCs) under the Paris Accord.