Homepage » AFRICA: Migration as a solution to the overpopulation of elephants in Botswana?

AFRICA: Migration as a solution to the overpopulation of elephants in Botswana? 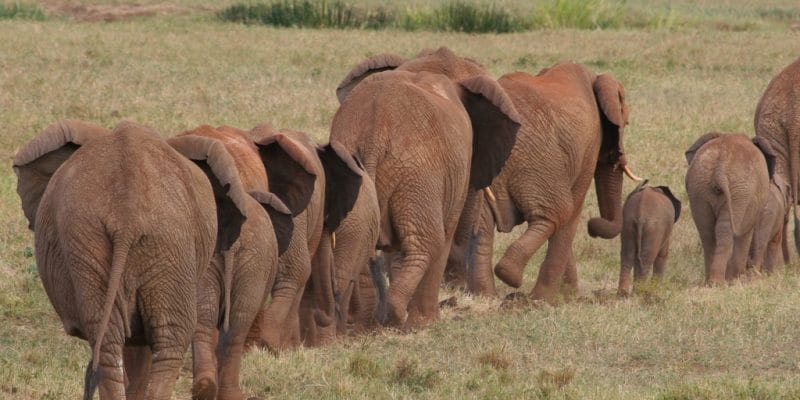 The governments of Botswana and Angola have set up a joint initiative to promote the migration of elephants to Angola. This solution could save Botswana's elephants, which are at the root of tensions between the authorities and farmers.

Botswana has long been regarded as Africa’s elephant sanctuary and is now seeking to reduce its pachyderm population. The animals, whose range is gradually shrinking, are also being hunted by farmers, who are accused of destroying plantations. The problem is such that the elephant issue is now at the heart of election campaigns, with politicians no longer hesitating to propose the culling of pachyderms outright.

But the solution may lie elsewhere, including the migration of these animals to other wilderness areas. The Botswana authorities are seriously considering this option. In fact, they have launched an initiative with the Angolan government to create crossings to allow elephants to move from northern Botswana to southern Angola. This is in fact an ancient migration route that elephants used to use to escape the harsh dry seasons of northern Botswana and spend this time in the lush vegetation of south-eastern Angola.

But Angola’s civil war between 1991 and 2002 reduced the movement of pachyderms and other wildlife, forcing them to confine themselves to Botswana and other neighbouring countries. According to the Angolan authorities, before the civil war Angola had a population of 100,000 elephants. Today, the country has only 10,000. Although calm has since returned to the Angolan reserves, elephants are still reluctant to return to Angola and their migration corridor is still littered with mines laid during the civil war.

This is why the Angolan and Botswana authorities are now working to clear the pachyderm migration corridor of mines. In addition, the Angolan government has already allocated 60 million dollars for mine clearance in the south of the country. But more funds will be needed to facilitate the migration of the largest land mammal.

Financing the development of migration corridors

According to the authorities in both countries, additional funds are needed to remove obstacles to elephant movement, including the dismantling of cattle fences, the protection of migration corridors and the education of local communities. “Angola needs to prepare for the planned migration and restocking of elephants and other wildlife in the country,” says Tamar Ron, an ecologist and biodiversity consultant with the Angolan government. 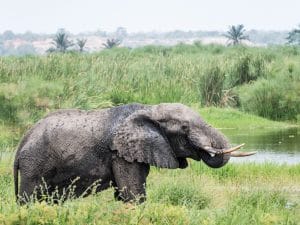 “Southern Angola provides prime habitat for elephants and, if conditions are safe for elephants, they will return to Angola in large numbers. It is natural for elephants to leave areas with high elephant numbers and seek out areas with fewer elephants for safe food and water,” says Mike Chase, founder of Elephants Without Borders, an organisation that works on elephant research.

A deconfinement solution for elephants

The migratory solution advocated by the Angolan and Botswana governments should deconflict the 135,000 elephants of Botswana, the vast majority of which live in an area of 520,000 km2, in the Kavango-Zambezi Transboundary Conservation Area (Kaza). It is located in a five-border region in Southern Africa. Kaza includes most of the Upper Zambezi River Basin and the Okavango Basin and Delta. The area includes the Caprivi Strip in Namibia, the south eastern tip of Angola, southwestern Zambia, the northern Botswana wilderness and western Zimbabwe.