AFRICA: Lionscape, coalition to protect lions and double their numbers 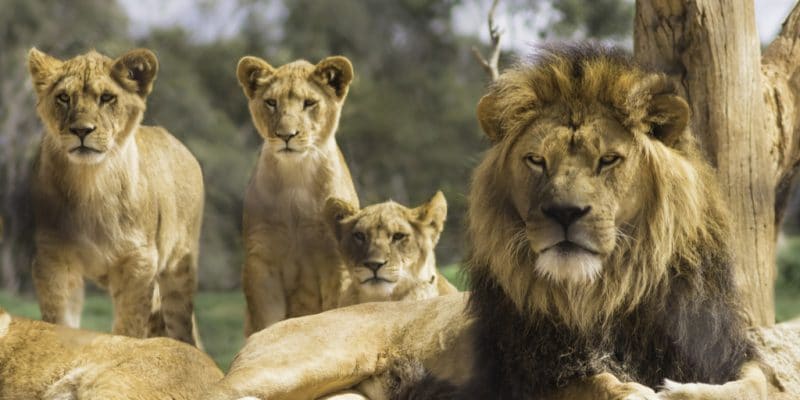 Africa's leading ecotourism operators gathered in Botswana to launch the Lionscape coalition. The goal is to support the Lions Recovery Fund (LRF) efforts to increase the population of Africa's largest wild animals.

African lions may have a bright future ahead of them. Four ecotourism operators gathered in Gaborone, the capital of Botswana, to discuss the preservation of lions. The future of their profession also depends on it. For example, the companies & Beyond, Conservation Travel Foundation by Ultimate Safaris, Singita and Wilderness Safaris, have decided to form the Lionscape coalition. Objective: strengthen the Lions Recovery Fund (LRF) for its activities in Africa.

The survival of big cats throughout the continent is under real threat. LRF estimates that their population has declined by half over the past 25 years. The disappearance of these majestic animals is caused by the encroachment of their territories, which naturally leads to conflict with humans. The poaching of their prey, in this case wildebeests, buffaloes and impala, also explains this decline.

The multiplication of LRF activities in Africa

The decline in the African lion population means fewer tourists for ecotourism operators. At a time when ecotourism is an important part of the economic activity of several countries in Eastern and Southern Africa. This is the case in Tanzania, where this sector contributed 17.5% to gross domestic product (GDP) in 2017. From this point of view, the Lionscape coalition represents a crucial issue for these countries where LRF’s action is remarkable. This is because the fund supports many projects in several countries.

In Tanzania, lions in Tarangire National Park are particularly threatened because of the men who kill them when they enter their pastures in search of prey. In this part of Africa, lions follow the migratory movement of herbivores that move with the seasons, in search of plains to graze. In order to limit the conflict between humans and lions, LRF funds the project of the non-governmental organisation (NGO) African People & Wildlife. It strives to manage specific pathways to combat the degradation of pastoral land on which local communities, livestock and wild herbivores depend. Another exemplary action is the monitoring of lions using radio collars to allow a team of community wildlife warriors to alert herders when they approach the land where they graze their livestock.

LRF also finances projects to raise awareness among the population about the consumption of “bushmeat”. In Zambia, with the support of several NGOs, the authorities have launched the Wildlife Crime Prevention Project. The aim is to educate people in cities to enable them to differentiate between illegally produced “bushmeat” and legally and sustainably produced “bushmeat”. A similar operation is being carried out for the preservation of lions in Liwonde and Majete National Parks in Malawi.

TUNISIA: plea for an autonomous agency to manage national parks