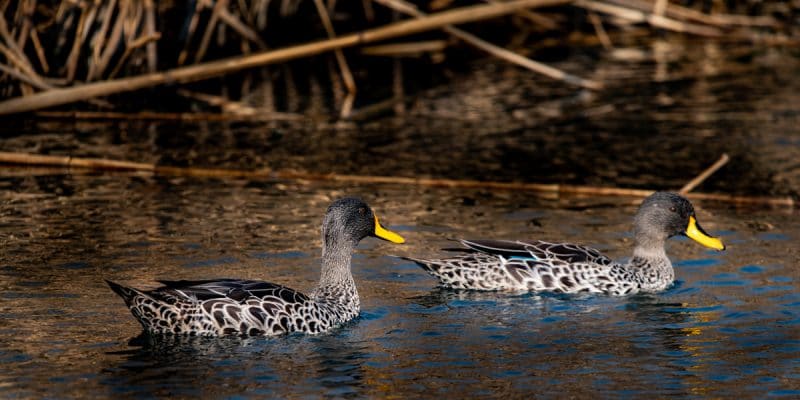 Lesotho and Libya have joined the Unesco World Biosphere Network through the Matšeng and Ashaafean sites respectively. This was the outcome of the annual meeting of the International Coordinating Council of the UNESCO Man and the Biosphere Programme (ICC-MAB), which met for the first time in Africa, more precisely in Abuja (capital of Nigeria), from 13 to 17 September 2021.

The Unesco World Network of Biosphere Reserves is expanding to include two new African countries. Lesotho and Libya have just joined the UNESCO Man and the Biosphere (MAB) Programme with the designation of their first sites, the Matšeng and Ashaafean Biosphere Reserves respectively.

Located in northern Lesotho, the Matšeng Biosphere Reserve covers an area of 112,033 hectares. This natural site with its undisturbed ecosystem is home to Lesotho’s last remaining indigenous forests and to high-priority endemic birds such as the Symons’ serin (scientific name Crithagra symonsi).

The Ashaafean Biosphere Reserve is located in the north-west of Libya, on a core area of 83,060 hectares. Protected by government decree since 1978, it is Libya’s first biosphere reserve, with a variety of rare or endangered species, including medicinal and aromatic plants, as well as fauna species listed on the International Union for Conservation of Nature (IUCN) red list, such as the striped hyena (Hyaena hyaena), the tortoise (Testudo graeca) and the houbara bustard (Chlamydotis undulata).

Read also-AFRICA: when CSR comes to the rescue of biodiversity

Unesco recognised the reserves of these southern African (Lesotho) and northern African (Libya) countries at the last annual meeting of its International Coordinating Council of the Man and the Biosphere Programme (ICC-MAB), held in Abuja (capital of Nigeria) from 13 to 17 September 2021. The meeting, which was held for the first time in Africa, resulted in the inclusion of 20 new sites, located in 21 countries around the world, in the UNESCO World Biosphere Network. “Unesco will accompany countries in achieving the goal of reaching the 30% threshold of protected areas by 2030. And it starts here, with these new reserves joining the MAB programme. Environmental education is also essential to rebuild our relationship with nature, from early childhood to biodiversity research programmes, and UNESCO is working to ensure that the environment becomes a key element of school curricula by 2025,” says Audrey Azoulay, UNESCO’s Director General.