Homepage » AFRICA: Ivory, whether legal or illegal, will no longer be sold in Europe

AFRICA: Ivory, whether legal or illegal, will no longer be sold in Europe 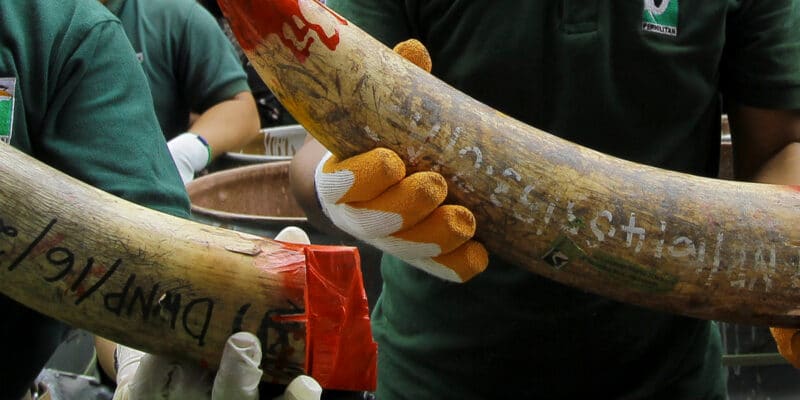 The EU Commission is consulting public opinion on draft measures to ban trade in ivory on its soil. In its biodiversity strategy, Europe intends to contribute indirectly to the preservation of African elephants. Every year 20 000 elephants die for their ivory.

And now it is the turn of African elephant hunters to do the same. The ivory that they extract from the elephants after slaughter will soon no longer be able to be sold within the European Union (EU). This is because the European Commission is proposing new measures to ban the ivory trade on its soil. Following its presentation to Member States and stakeholders, the draft regulation is now open for final public comment until February 26th, 2021. After this stage, it will be finally adopted by the Commission.

The draft law on trade in ivory, with the exception of musical instruments and antiquities legally acquired before 1975, which can only be traded with a permit. The draft regulation simplifies the rules and facilitates the work of law enforcement agencies to ensure that the very limited trade that remains legal in the EU does not contribute to poaching or illegal trafficking. “Thousands of elephants are killed each year for their ivory. This is unacceptable. The illegal ivory trade is an international problem and we are determined to lead by example and play our part in solving this global problem. And this proposal for stricter rules reflects that ambition,” says Virginijus Sinkevičius, the European Commission’s Commissioner for Environment, Oceans and Fisheries.

An African elephant is killed every 26 minutes

According to IFAW, an international NGO that has been campaigning for a decade to restrict the ivory trade in Europe, this continent is the third most important destination for wildlife trafficking. More than 2 tonnes of illegal ivory were seized there in 2016. This ivory comes mainly from Africa where, according to the same source, an elephant is killed every 26 minutes for its tusks. This represents a total of 20,000 elephants slaughtered each year by poachers.

The new ivory trade measures proposed by the EU are part of the EU’s biodiversity strategy. They will certainly have to flourish, as in May 2018 more than 90 members of the European Parliament called for a total ban on the import and trade of ivory into the EU. A public consultation launched by the European Commission showed that more than 90% of the 90,000 respondents were in favour of an EU ivory trade ban.