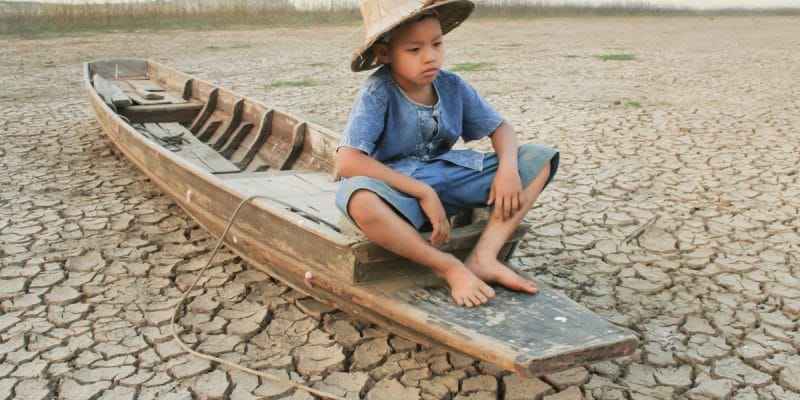 Sub-Saharan Africa is one of the regions of the world surveyed by the second study on intermittent rivers throughout the world launched by the French Institute for Research in Science and Technology for the Environment and Agriculture (Irstea). The little-known biodiversity of rivers and streams that temporarily stop flowing is one of the most threatened on the planet. The second sampling campaign will contribute to increasing knowledge of the biodiversity of these rivers, which are becoming increasingly dry due to climate change.

The Niger river basin, with the Bénoué River as its main tributary (1400 kilometres long), an easily navigable river in May and very low in December, prohibiting all navigation, is one of the places in the world that was examined during the second sampling campaign to quantify the biodiversity of intermittent rivers in the world. The French National Institute for Research in Science and Technology for the Environment and Agriculture (Irstea) aims to explore data on terrestrial and aquatic biodiversity in these particular environments in order to combat climate change more effectively.

“Just because these rivers dry up at certain times of the year does not mean they are disconnected from the system of other rivers. However, “forgetting” them means leaving the way open for possible pollution on these rivers that will affect the hydrographic network to which they are intermittently connected,” said Thibault Datry, eco-hydrologist at the Irstea centre in Lyon-Villeurbanne (France), during the launch of the campaign on the occasion of the science fair on October 13,2019 in Paris, France. “There is therefore an urgent need to better identify and understand these rivers in order to better manage, protect and protect the entire global river system,” he added.

The study consists of quantifying the aquatic and terrestrial biodiversity of intermittent rivers on a global scale using simple and standardised sampling protocols according to the type of biodiversity analysed. These include sampling dried sediments that will be re-wetted for aquatic invertebrates, soil and sediment, DNA analysis for microorganisms, and water DNA analysis for fish.

The aim is for the French National Institute for Research in Science and Technology for the Environment and Agriculture (Irstea) to collect, harmonise and analyse all data from 250 rivers in Sub-Saharan Africa, South America and South-East Asia. The aim is to develop, by the end of 2021, a global vision of the functioning of biodiversity in the world’s intermittent rivers.

The expected data will then be combined with the data from the first campaign conducted in 2015. After crossing more than 200 intermittent rivers in 28 countries around the world, Irstea researchers measured the amount of organic matter accumulated during the drying phases and defined the factors that influence its composition and quantity (climate, riverine vegetation, width of the river, duration of the dry phase, flow regime, etc.).

The results of this first campaign published in 2018 in Nature Geoscience made it possible to assess for the first time the role of these rivers in the global carbon cycle: a single annual recharge of all intermittent rivers could increase by 10% the carbon emissions attributed to watercourses.