AFRICA: IRD analysis shows that 32% of tropical plants are threatened 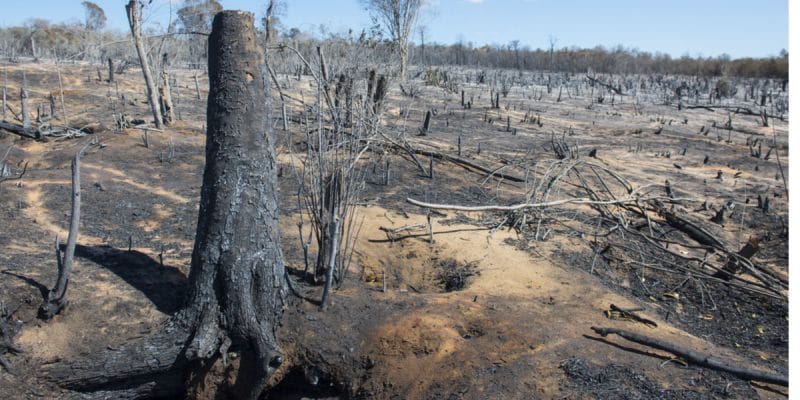 According to studies carried out by the French Research Institute Development (IRD), about 7,000 tropical plant species are threatened with extinction. Deforestation, agro-pastoral activities, but also climate change are among the causes of the problem.

Animals are most often referred to when it comes to biodiversity and extinction. However, plants are equally concerned by the threat of species extinction. This is what a study published on November 20, 2019 in the scientific journal “Science Advanced” by the French Research Institute for Development (IRD) revealed.

Researchers coordinated by a French botanist, Thomas Couvreur, carried out a first automated analysis of the status of more than 22,000 African tropical vascular plants. They used the data compiled in the Rainbio database, maintained by the Biodiversity Research Foundation, a French institution. The results show that about one third (31.7%) of plants in tropical Africa are now threatened with extinction. Another third (38%) is considered rare and could therefore be potentially threatened in the future.

The methodology used for the survey also made it possible to highlight the areas most affected by this threat. These are tropical rainforests, particularly in West Africa where deforestation has been very high in recent decades. Moreover, among the causes of this threat, researchers mainly mention direct human action. In addition to deforestation, we can mention agro-pastoral activities, as well as climate change.

An innovative and fast study method

Although using the study methods used by the International Union for Conservation of Nature (IUCN, an authoritative organisation in the domain of biodiversity research), IRD researchers used a computer-based approach, which saved them a lot of time. “It takes about a day per person to assess the threat of extinction of a species to IUCN. But with our algorithm, we studied the 22,000 species recorded in tropical Africa in less than 10 hours,” said Thomas Couvreur. The botanist also believes that this algorithm could also be of interest to some companies, such as mining companies, and licensing authorities, who could use it to more quickly verify the potential impact on biodiversity of a new operation.

It is the first time that scientists have been able to assess the degree of conservation of flora on a continental scale. According to Thomas Couvreur, the coordinator of this study, assessments of the conservation status of Africa’s tropical flora could provide crucial information to improve biodiversity management and promote sustainable economic development in Africa. However, the botanist recalls that a major international effort is still needed to assess all plant species in Africa.