Homepage » AFRICA: Food insecurity haunts the debates at the COP15 on desertification 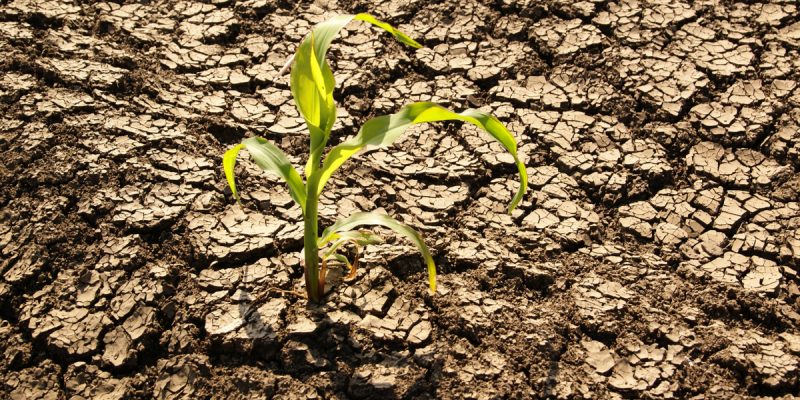 The representatives of the farming world who have come to give their voice to the COP15 on desertification, which is being held from 9 to 20 May 2022 in Abidjan, Ivory Coast, are all concerned about the risk of food insecurity which is increasing in Africa. Nearly 319 million hectares of land are threatened by desertification on the continent.

In Africa, where agriculture employs about 60% of the working population according to the World Bank, the risks of food insecurity are increasingly worrying. Progressive soil degradation in arid and dry areas leads to vegetation deterioration, aridification and soil impoverishment. The lack of moisture and fertility of the land results in falling agricultural yields.

In Bangolo, a wooded village in western Ivory Coast, Mauricette Bly heads a cooperative of around 100 women. She travelled from Abidjan to bring the grievances of her members to COP15. “Since 2015, our crops have been drying up because of the lack of water. What we need today are irrigation systems, soilless production and boreholes. Because we have rivers in our production areas that can help us maintain food security,” explains the cassava farmer.

“As farmers, we have been negatively affected by the drought. The wells we used to irrigate our farms have dried up. Our farms are now in danger of being overrun by wild animals. They too are affected by the drought, so they come to look for pasture. We have lost a lot of crops that we hoped to harvest,” said Fawzia Salah Mohamud, a farmer from Somalia.

Stopping land degradation in Africa and the threat it poses to food security is clearly not in the cards, although there are ways out. According to Jean-Luc Assi, the Ivorian Minister for the Environment, nearly 319 million hectares of land are threatened by desertification in Africa.

Read also-AFRICA: Ouattara mobilises his peers for the restoration of degraded lands

“Land degradation is not inevitable. It can be repaired. Indeed, restoration of degraded land is feasible at low cost. Investing in the repair of degraded land is therefore economically profitable; technically feasible; socially desirable and, of course, ecologically beneficial,” said Ibrahim Thiaw, Executive Secretary of the United Nations Convention to Combat Desertification (UNCCD), at the launch ceremony of the COP15 on desertification. According to the UN, the world’s population must learn to grow more resilient crops, using less water and relying less on animal products.