Homepage » AFRICA: Five drinking water start-ups that are making a difference
This article is part of the dossier
WORLD WATER DAY 2021 : WATER AND SANITATION IN AFRICA

AFRICA: Five drinking water start-ups that are making a difference 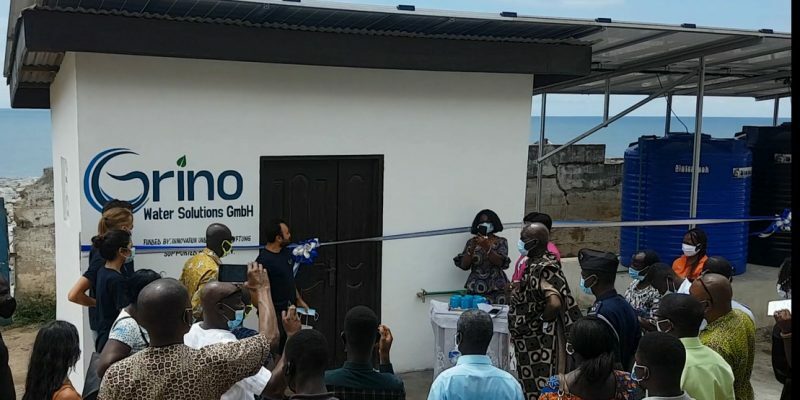 Access to clean water is one of the top challenges on the African continent. In sub-Saharan Africa, barely 24% of the population has access to this basic right, according to a United Nations report (UN, 2019). In order to change this figure, African governments are increasing the number of drinking water projects. In addition to these initiatives, there are start-ups, particularly African and foreign ones. Some of them are positively illustrated by the originality of the proposed solutions. This is the case of Water Access Rwanda, WaterKiosk Africa, Boreal, Mascara, and Grino Water Solutions.

On the occasion of World Water Day, Afrik 21 looks at the urgent need to improve access to drinking water in Africa. In addition to the limited amount of available resources, some countries on the continent are facing severe water stress, which is expected to increase further, according to the United Nations (UN), affecting 75 to 250 million people by 2030.

In order to avoid a situation of total shortage of drinking water, African governments are setting up various projects. These initiatives, which are generally few in number due to a lack of funding or adequate expertise, are complemented by the efforts of some start-ups specialising in the water sector. Among the most active are Water Access Rwanda, WaterKiosk Africa, Boreal, Mascara, and Grino Water Solutions. The systems offered by these start-ups range from simple drinking water kiosks to solar-powered desalination systems.

In Rwanda, for example, 43% of the population has no access to drinking water, according to the United Nations Children’s Fund (UNICEF). This situation forces this segment of the population to draw water from the Nyabarongo, one of the largest rivers in the East African country. But the water drawn from the river is not drinkable, which leads to a number of diseases (cholera, typhoid, polio and diarrhoea).

To alleviate this problem, the start-up Water Access Rwanda has been installing water filtering devices (kiosks, filters and pumps) in the country’s localities since 2014. The installations of the start-up, founded in 2014 by Christelle Kwizera, have so far provided 47,612 people in Rwanda with access to drinking water via 86 mini-grids. “A single kiosk can supply a community of 2,000 people with drinking water and at a lower price than other water vendors,” explains Christelle Kwizera, the founder of Water Access Rwanda in 2020. Water Access Rwanda’s kiosks are expected to cover 30 districts in the country by 2022, supporting the Rwandan government in its policy to provide clean water to its entire population by 2024.

Another African start-up that is making a name for itself in water treatment is WaterKiosk Africa. The Kenyan company offers more targeted solutions, particularly in the field of desalination.

Desalination/solar energy, an alternative for countries with an arid climate

The Kenyan start-up WaterKiosk Africa is involved in a project to build 40 solar-powered desalination systems in Kenya, which was launched in March 2020. The systems will eventually remove salt and other minerals from brackish groundwater in 13 Kenyan counties facing water shortages (Wajir, Garissa, Marsabit, Mandera, Mombasa, Naivasha, Turkana, Machakos, Makueni, Kajiado, Narok, Kwale and Taita Taveta). The desalinated water will be distributed to the population via kiosks. 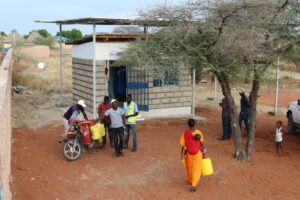 WaterKiosk Africa is implementing the 435 million Kenyan shillings (more than $4 million) project in cooperation with several other companies, including the German start-up Boreal Light, which is also active in the African water sector. In November of the same year, the Berlin-based start-up inaugurated a solar-powered water desalination system in Oog, a town in the Sool region of Somalia. The system is equipped with a borehole that pumps salty groundwater from Oog. The small plant, powered by an integrated solar photovoltaic system, is capable of supplying 1.5 m3 of water per hour to the population through a kiosk. A smart technology that could eventually interest other countries, including some European countries, which are affected by the salinisation of their groundwater due to massive pumping of the water table to water corn crops in full sunlight…

The start-up Boreal Light recently completed a funding round that raised $7.5 million to expand its activities in Africa. On March 14th, 2021, the start-up commissioned desalination and wastewater treatment systems at several hospitals in Mombasa County, Kenya, as part of a programme implemented in partnership with Kenyan company WaterKiosk and Deutsche Investitions- und Entwicklungsgesellschaft (DEG), the subsidiary of the German Development Agency (KfW). The programme will result in the construction of 23 solar-powered desalination systems in Kenya and five in Tanzania.

The desalination market in Africa is also being entered by the Nuremberg, Germany-based start-up Grino Water Solutions and the French start-up Mascara Nouvelles technologies.

Grino Water Solutions operates in West Africa. In November 2020, the start-up inaugurated a solar-powered desalination system in the coastal town of Cape Coast in Ghana’s Central Province. It is capable of providing 3 m3 of drinking water per day. Grino Water Solutions also supplies its containerised solar systems on a BtoB basis to companies. The ImpactSites of the off-grid provider Africa GreenTec AG have had this solution since the beginning of March 2021. 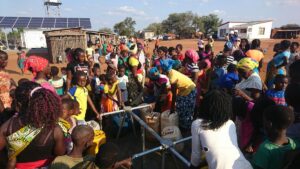 Mascara is active in several sub-regions of the African continent. The start-up offers a containerised and therefore easy-to-install water treatment system, which is powered by a solar mini-grid, accompanied by a backup generator. It has already been used by TWS-Turnkey Water Solutions, which supplied a small containerised water desalination plant in South Africa’s Hessequa municipality, near Cape Town.

In addition, Mascara is working with French company Vergnet Hydro to supply its facilities in eight African countries. These are Mozambique, Burkina Faso, Guinea, Mali, Mauritania, Niger, the Democratic Republic of Congo (DRC) and Senegal. “The Mascara company has developed an industrial brackish water desalination technology (…) with very low operating costs, from 100 to 130 CFA francs (0.15 to 0.20 euros) per m3, and specific consumption in the order of 1.2 to 1.5 kWh per m3,” said Vergnet Hydro in 2019 when the partnership contract was signed.

Recently, the young French company signed a partnership with its compatriot Ecosun Innovation to launch Osmo-Watt. This is a new solution that provides drinking water through an easy-to-deploy containerised system for remote and hard-to-reach areas. The containerised system is composed of Mascara’s Osmosun technology, which enables the desalination of sea and brackish water using solar energy, and Mobil-Watt, an easy-to-deploy containerised solar system designed by Ecosun Innovation. According to Mascara, the combination of these two technologies makes the solution easier to install and maintain, reducing costs in remote areas of Africa where purchasing power is often very low. Osmo-Watt can produce between 5 and 100 m3 of drinking water per day using solar energy.

The positive impact on the supply of drinking water

The intervention of the start-ups Water Access Rwanda, WaterKiosk Africa, Boreal, Mascara, and Grino Water Solutions in the different countries mentioned above has enabled the African continent to make considerable progress in the supply of drinking water, thus reducing water-related diseases (cholera, typhoid, polio or diarrhoea). The projects of these start-ups have also favoured the revival of economic activities in certain countries in water-related fields.

In addition to the solutions proposed for the treatment of brackish water, these start-ups that are setting up in Africa are also providing jobs for many young people in the water sector. This is also true in North African countries, where the practice of seawater desalination in particular is more widely deployed by large groups such as the French environmental giant, Suez, Ireland’s Ingersoll Rand’s Engineering Project Solutions, France’s Schneider Electric, Fluence, etc. The objective in this sub-region also remains the preservation of freshwater resources, which are becoming dangerously scarce due to climate change.