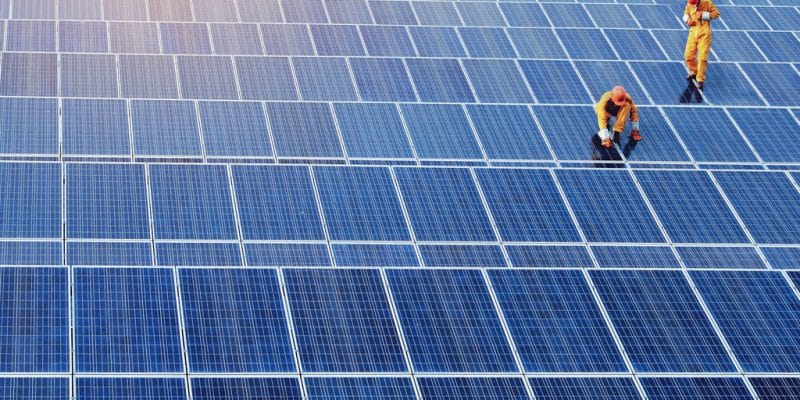 Filatex Energie, a company based in Tananarive, Madagascar, will set out to conquer the African continent in 2020. It plans to produce 150 MWp of solar energy in four East and West African countries.

The 2020 strategy of Filatex Energie, a subsidiary of the Filatex Group, has just been unveiled. The real estate group, whose head office is located in the Ankadimbahoaka district of Tananarive, plans to extend its energy branch on the African continent. In concrete terms, the company, which employs 15,000 people, will settle in Mauritius, Ghana, Guinea and the Ivory Coast.

The aim is to produce 150 MWp of solar energy which will be used primarily in the mining and agricultural sectors. But in the target countries, the company says it is still in talks with the various authorities. Filatex officials believe that negotiations are more advanced in Ghana. In this West African country, the group intends to produce 100 MWp of solar energy.

Ghana should be followed by Mauritius with an expected capacity of 15 MWp. The realisation of its project will require an investment of nearly 150 million dollars. To finance it, the company will rely 80% on bank loans and 20% on equity. Talks are currently underway with financial institutions.

The Filatex Group currently operates mainly on the island of Madagascar, where it has invested in real estate and hotels. In terms of energy, it has an installed capacity of 208 MW, including 34 MWp of solar energy. This capacity should be increased tenfold since the company is currently developing a solar project that will result in the production of 50 MWp. It is being carried out in partnership with the Canadian company Dera (Développement énergie renouvelable Afrique) Energy.

The 50 MWp promised by the project will be supplied via four photovoltaic solar power plants that will be installed in several regions. This is the case in Hell-Ville, on the south coast of the island of Nosy-Be. Filatex Energie and Dera Energy intend to build a solar power plant with a capacity of between 3 and 5 MWp. A power purchase agreement (PPA) has already been signed with the public company Jirama. It provides in particular for the purchase of 1 kWh of electricity at 273.75 Malagasy ariarys, i.e. 0.06 euro.