Homepage » AFRICA: FAO to build one million tanks for water storage in the Sahel

AFRICA: FAO to build one million tanks for water storage in the Sahel 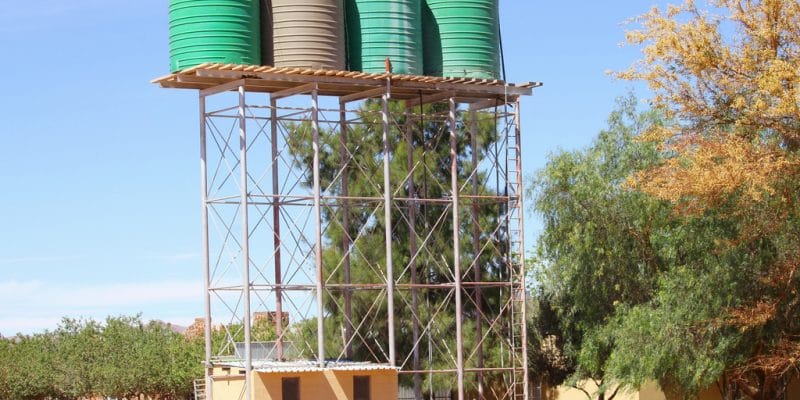 The Food and Agriculture Organization of the United Nations (FAO) has just launched a programme to build one million water tanks in the Sahel of Africa. The initiative, which specifically concerns Senegal, Niger and Burkina Faso, aims to address the water deficit experienced by the inhabitants of these countries during the dry season.

Access to water will be less painful for the people of the Sahel of Africa. The Food and Agriculture Organization of the United Nations (FAO) plans to build one million tanks in several countries in this part of the continent over the next three years. Notably in Senegal, Burkina Faso and Niger. The initiative will provide some 20,000 women with water. That is 10,000 women in Senegal, 5,000 in Niger and 5,000 in Burkina Faso. The announcement of the launch of the “One Million Tankers” operation was made by FAO Director-General José Graziano da Silva. The main objective of the programme is to “promote and facilitate the establishment of rainwater harvesting and storage facilities for vulnerable communities”. Thanks to this strategy of the UN agency, the inhabitants of the Sahel will be able to obtain drinking water, on the one hand, and have a solution to strengthen their family agricultural production and their resilience to climate change, on the other hand.

The tanks will be used to store water in the arid areas of the Sahel. Senegal was used as a pilot site for the launch of the project. Nineteen tanks were built, including sixteen of 15 m3 each, dedicated to the supply of drinking water, and three other 50 m3 tanks to serve farming communities. The initiative responds to the needs of 360 Senegalese and in the same vein, Niger has 11 cisterns. According to FAO, family tanks will be used to store drinking water for use throughout the dry season.

The “One Million Tanks for the Sahel” project will enable people to collect and store water during the rainy season (June to October) for use in the dry season (November to May). However, the provision of tanks will not only provide water to these populations. The latter will also have the opportunity to participate in the construction of these tanks through the FAO’s Cash for Work programme. The men and women will be trained in the construction, use and maintenance of tanks. The programme also plans to provide them with small to medium-scale training in good water management techniques and on adaptation to climate change in agriculture. A package that could transform Sahelian women into “climate change amazons”.