Homepage » Africa faces a ‘waste tsunami’ if landfills are not urgently regulated
This article is part of the dossier
IFAT Africa 2019: the environmental event in Southern Africa

Africa faces a ‘waste tsunami’ if landfills are not urgently regulated 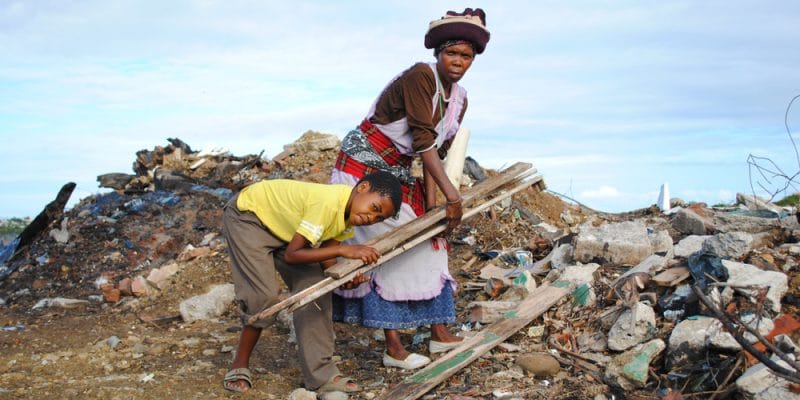 The Institute of Waste Management of Southern Africa (IWMSA) has collaborated on the 2019 exhibition and conference of IFAT Africa, the big environmental fair, held at the beginning of July in Johannesburg. With already half of Africa’s 1.3 billion population living in urban areas and our waste generation set to double to 225 millions cubic tons by 2025, the IWMSA warns of a “waste tsunami” if we don’t urgently manage our landfills more sustainably. The issue is how we move from unregulated dump sites to engineered landfills and how to harness the opportunity waste offers by embracing a circular economy.

Before you can change a system, you need to understand its composition. In 2012, UNEP reportedthat Africa produced 125 million cubic tonnes of solid waste. The bulk of this was produced by Nigeria, Egypt and South Africa. Despite 70-80% of our continent’s solid waste being recyclable, only 4% was recovered and an astonishing 90% was either illegally dumped, openly burned or sent to unregulated dump sites with no barriers to protect groundwater and no monitoring of gases in place.

While informal waste pickers have become a hallmark of the sector across Africa, often performing the most valuable task for society at no cost to municipalities, they are limited and motivated by what they can physically extract, carry and sell for cash. Organic material for example, that makes up 55% of what we throw away, could be producing much needed compost and mulch for our agricultural sector, if it were properly managed. The bottom line is not enough waste is being recovered and diverted away from landfills.

At Africa’s largest dump site in Lagos, Nigeria, an environmental disaster looms at the Olusosun Dump. In March 2018, this seething mass of mixed trash, human scavengers and dump trucks covering 42 hectares or 61 football fields, caught fire when unstable methane gas ignited. The fire has since prompted a national feasibility study on the waste to energy potential from biogas, but it has sadly not jolted the government into action to either regulate hazardous dumping, design new sanitary landfills or think about how to rehabilitate existing sites. Instead, Olusosun continues to grow by a staggering 10,000 tonnes every day, and with only eight years remaining before this site reaches its 35-year lifespan, a sustainable succession plan is urgently needed.

In South Africa, the waste crisis is as dire. Not a single new landfill permit has been approved in 23 years, partly because of public objections characterised by the “Not in my backyard’ mindset and partly because of failed environmental impact assessments. Johannesburg – the country’s most populated city is surrounded by a seam of limestone and dolomite, a porous bedrock that is best avoided for landfill sites because of its porosity. But with only five years remaining before we run out of landfill space, we are already behind schedule, since its takes about five years to design and approve a new facility. “What we urgently need, is commitment from public sector to move from unregulated open dumpsites to engineered landfills,” says Leon Grobelaar, President of the Institute of Waste Management Southern Africa (IWMSA), new country member of the International Solid Waste Association (ISWA).

“Engineered Landfills represent the current best practice in waste management” explains Grobelaar. They differ from open dump sites by providing barrier protection so that leachates don’t contaminate groundwater, noxious leachates are capped so they don’t pollute the air, they offer separation of wet and dry waste so that organic material can be anaerobically broken down by bacteria, whereas dry materials can be recovered and recycled and they typically involve a recapture of methane gas for energy. Most critically, sanitary or engineered landfills have a restoration plan for how the landfill will be rehabilitated at their end of life.

Landfill to Gas projects, capable of producing about 1-2 MW per site are not a new concept for Africa and indeed dozens have already been registered as Clean Development Mechanisms, but they are yet to be seen as an integrated approach to waste management. Grobelaar believes that if all 876 sites in South Africa were reconfigured to harvest landfill gas to energy and fed into the grid, we could potentially generate enough energy to offset the building of a new 1600 MW power station.

As a non-profit industry body driven by voluntary membership, IWMSA’s role is to provide technical assistance and capacity building to role players in the industry. They provide accredited training to practitioners and seek out new global partnerships that will help its members access to the latest research and technology. South Africa has excellent environmental legislation, but is not effective in monitoring for compliance. Grobelaar believes the same strict regulatory framework that governs private industry also needs to extend to the public sector, so that there are consequences for mismanagement.

One thing is certain, with the high level of poverty and unemployment across Sub-Saharan Africa, our business as usual model of indiscriminate dumping is no longer acceptable. A tonne of solid waste sent to the landfill currently only creates one job, while integrating recovery and recycling would not only generate 13 jobs per tonne of waste but unlock $8 billion into Africa’s annual economy. But only if that economy is circular.