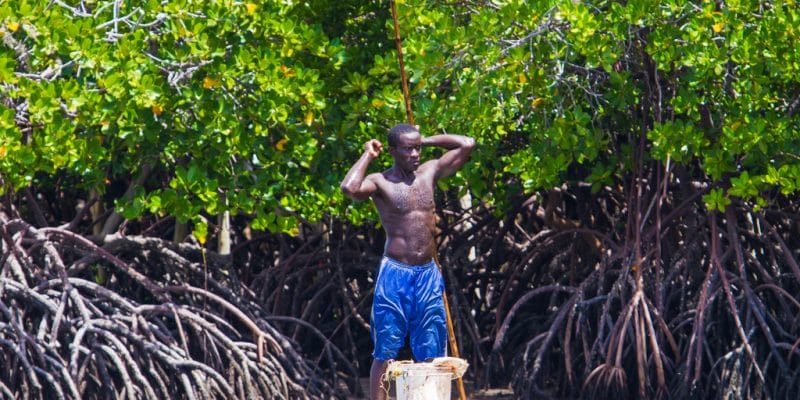 In West Africa, wetlands, especially mangroves, are increasingly threatened by human activity. In order to conserve these areas, which are nevertheless rich in biodiversity, an awareness-raising programme will be implemented by various actors in the sub-region, and financed via a €9.9 million grant from the European Union (EU).

“Awareness-raising”. This is the solution advocated by Liberia’s Forestry Development Authority (FDA) and Wetlands International Africa (WIA) to save West Africa’s wetlands. For many years, these natural spaces, which are essential to the proper functioning of the ecosystem, have been weakened by man through pollution and overexploitation.  However, these areas composed of mangroves absorb about 50% of the carbon dioxide emitted by human activities.  They also serve as breeding grounds for many species of fish and other aquatic animals.

The FDA and WIA have received €9.9 million from the European Union (EU) to carry out their awareness-raising programme. The grant was awarded following an application issued on December 5th, 2020 by the two institutions. A total of nine West African countries will benefit from the wetland protection and conservation project which will be implemented by different stakeholders. They will have to submit their action plans before receiving the funding.

Among the stakeholders in this project is the International Union for Conservation of Nature (IUCN) which will implement the project “Management of Mangrove Forests in Senegal and Benin”. The international organisation is also implementing the Greater Mano Landscape Mangrove Management Project in Sierra Leone and Liberia through Wetlands International Africa (WIA) and the Collective of 5 Deltas, which are co-applicants of the fund.

The Programme for the Protection and Conservation of Wetlands in West Africa should ultimately ensure the sustainability of regional governance of protected areas. The initiative should also link governance and production systems and mangrove conservation. It will also enable integrated protection of the diversity and fragility of ecosystems, and ensure the resilience of mangroves to climate change.