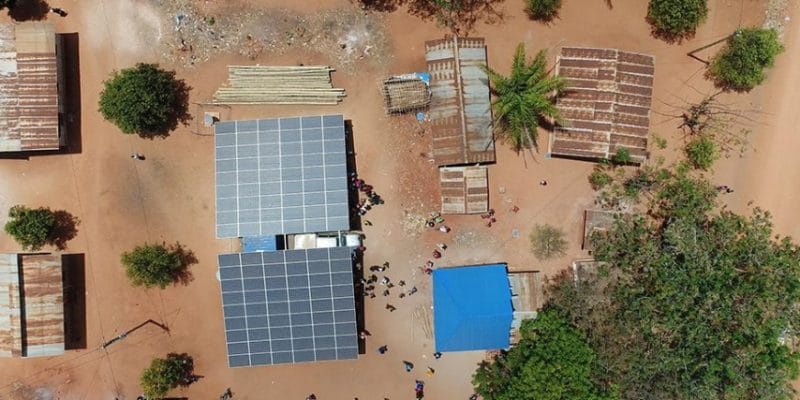 Engie Energy Access, the subsidiary of the French group Engie specialising in electrification via autonomous solar systems, is launching a participatory financing platform for sub-Saharan Africa. This project, implemented in partnership with the Energy Web organisation, aims to accelerate the deployment of off-grid solar energy.

One of the obstacles to accelerating electrification via solar energy in Africa is the lack of financing. Engie Energy Access wants to solve this equation by relying on participatory financing. The subsidiary of the French group Engie, which specialises in off-grid solar energy electrification, has joined forces with the non-governmental organisation (NGO) Energy Web (based in Zug, Switzerland) to launch a participatory financing platform.

Crowdfund for Solar, as it is called, is a decentralised financing platform (DeFI) whose aim is to install solar systems in villages that are not connected to a power grid. To do this, the platform, hosted on Energy Web’s open-source infrastructure, allows investors to stake Energy Web Tokens (EWT) in exchange for a fixed income. The main beneficiaries of this digital solution include schools, households and small businesses that will be able to acquire solar power generation equipment through the pay-as-you-go system.

“Priority will be given to women, as Engie Energy Access plans to grant at least 30% of the loans to female-headed households,” announces the Berlin, Germany-based company. According to Engie, the Crowdfund for Solar platform was tested over a two-week pilot period, with a funding target of $100,000, or 20,000 EWT.

The target was “achieved just seven hours after the platform’s launch, which is a testament to the success of the operation and a real enthusiasm from crypto-investors to support this solution,” says the company led by Gillian-Alexandre Huart.

The start of operations in Zambia and Rwanda

“Businesses and households will be able to benefit from a loan at a preferential rate and, in exchange, EWT’s crypto-investors will be remunerated up to 10% on their initial stake and can claim to have contributed to the promotion of an equitable global energy transition,” explains Jesse Morris, Energy Web’s CEO. As part of this initiative, Engie will focus on countries with the least access to electricity. For example, the platform’s activities are currently targeting Zambia and Rwanda, where rural electricity access is estimated at 11% and 44% respectively, according to Power Africa. The operation is expected to expand rapidly to other countries in sub-Saharan Africa given the need for access to electricity.

According to the African Development Bank (AfDB), more than 650 million Africans, most of them sub-Saharan, still do not have access to electricity. Participatory financing for access to electricity is also being explored by the Électricité de France (EDF) group, which launched the “Diaspora energy by EDF” platform in June 2021. Unlike Crowdfund for Solar, this other platform relies exclusively on the African diaspora in Europe, North America and other regions of the world.