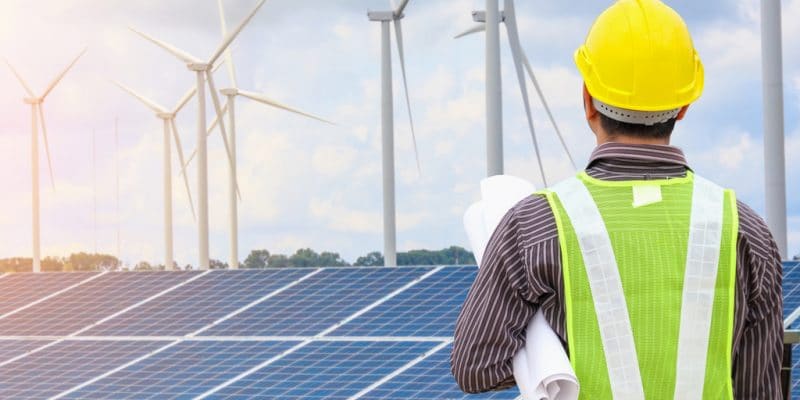 Independent Power Producer (IPP) Enel Green Power, a subsidiary of Italian energy giant Enel, is looking for a financial partner to take over up to 50% of the shares in its African renewable energy activities.

Independent Power Producer (IPP) Enel Green Power, a subsidiary of Italian energy giant Enel, wants to expand its wind and solar power projects throughout Africa. The IPP is already present in South Africa, Morocco and Zambia as part of its international expansion. In order to implement its important project, the Italian producer has been looking for a financial partner for a few weeks now. The partner would take over up to 50% of Enel Green Power’s renewable energy activities. “The search for a company to form a joint venture began before the Covid-19 pandemic hit the regional economy and will continue despite everything,” says Enel Green Power.

Enel Green Power is building its future around green energy. It already produces 43% of its electricity from the renewable sources it owns. Through its future partnership, the company plans to increase its renewable energy capacity to 60% by 2022. “The IPP is expected to add up to 3.6 GW of new capacity in newly invested and new markets over the next two years, mainly in Africa and Asia,” says Enel Green Power. “The development of renewable energy has not slowed down. If, in a few months time, we have brought the health situation under control, many investments will have to be accelerated”, says Francesco Starace, CEO of Enel Green Power.

Enel currently has several projects underway in Africa. For example, in November 2019, the IPP launched the construction of the Karusa and Soetwater wind farms in the Western Cape Province of South Africa. They will have a combined capacity of 280 MW. The Karusa and Soetwater wind farms will prevent the emission of 611,000 tonnes of carbon dioxide per year in the country. Enel plans to put the two facilities into operation in 2021. By then, however, it will have invested more than 217 million dollars, the equivalent of more than 4 billion South African rand.