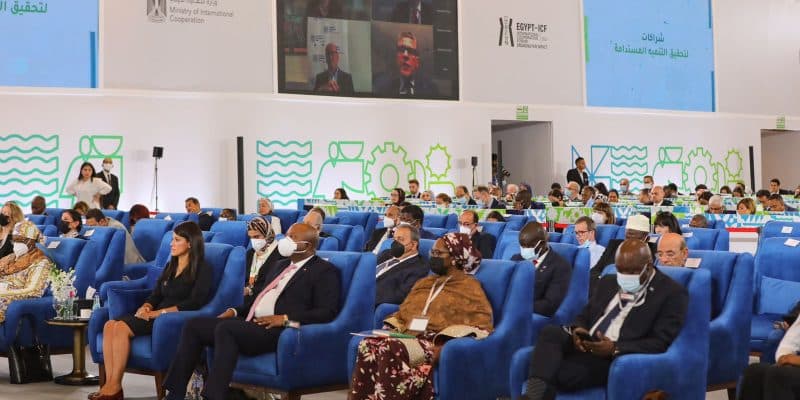 Uganda, Zambia, Niger and Madagascar are the guests of honour at the second Egyptian Forum for International Cooperation (Egypt-ICF), which takes place from 7 to 9 September 2022 in Al Masa, Egypt's new administrative capital. The event, which will see the participation of many of the world's development actors, will look at climate finance opportunities on the African continent.

“From promises to implementation”. This is the theme of the second edition of the Egyptian Forum for International Cooperation (Egypt-ICF) which takes place from 7 to 9 September 2022 in the new city of Al Masa located 45 km from Cairo. The event, which focuses on climate finance, is jointly organised by the Egyptian Ministries of International Cooperation, Foreign Affairs, Finance and Environment.

“The overall objective of the event is to ensure coherence of African positions on climate finance, showcase successful development practices and advocate for new and feasible initiatives on mitigation and adaptation. This will be done through two workshops on innovation, food security and agriculture in the face of climate change. While the second day of the forum includes work on sustainable public budgetary mechanisms for the green economy,” said Moustafa Madbouli, the Egyptian Prime Minister.

The meeting will bring together some 1,500 participants from all continents, including Africa, as well as leaders of international and regional institutions. These leaders include Amina Mohammed, the deputy secretary-general of the United Nations (UN), John Kerry, the US government’s special envoy for the climate, and Odile Renaud Basso, the president of the European Bank for Reconstruction and Development (EBRD).

Two months before the opening of the 27th Conference of the Parties on Climate Change (COP27) in Sharm-el-Sheikh, the Egypt-ICF Forum will try to mobilise funds to support climate action in Africa from many financial partners. These include the Arab Bank for Economic Development in Africa (BADEA), the African Development Bank (AfDB), the African Export-Import Bank (Afreximbank), as well as the European Investment Bank (EIB) and the World Bank Group.