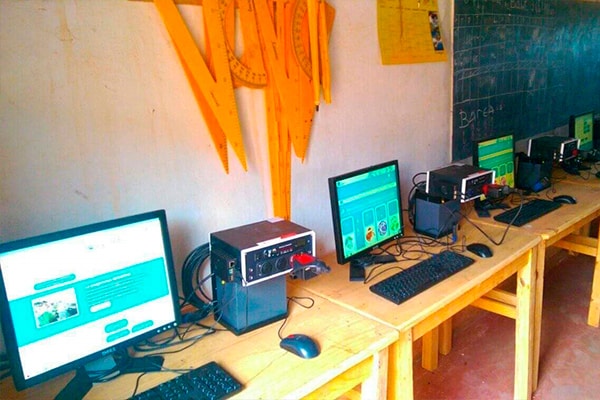 The Efficiency for Access Research and Development Fund has just allocated more than 3.75 million dollars to 20 start-ups, three of which are based in Africa. The funds are earmarked for the development of solar-powered technologies. This funding follows a call for projects which saw the participation of several African start-ups, notably Jirogasy, based in Madagascar and specialising in connected objects and solar kits.

To promote the development of solar energy technologies. This is one of the objectives of a call for projects from the Efficiency for Access Research and Development Fund, the results of which are now known. The investment fund has decided to allocate £2.9 million (over $3.75 million) to finance the projects selected. These solutions will be developed by at least 20 start-ups, including three based in Africa.

Among the projects developed on the African continent and selected by Efficiency for Access is “Jirodesk V2”, a solar computer project led by the Malagasy start-up Jirogasy. “It aims to develop a solar-powered, all-in-one, energy-efficient computer that can be assembled locally. Once the pilot project is completed, the company aims to provide solar-powered computers to more than 10,000 Malagasy students each year,” explains Efficiency for Access.

According to Jirogasy, the choice of its solution for access to education via solar energy has enabled it to develop a new generation of its “more efficient” solar computers. According to him, the new computer will enable accelerated digitisation of education in Madagascar, especially in areas that are not connected to the national grid or have a low electricity supply.

“As a continuation of Jirogasy’s efforts, this PC will be designed and assembled locally with the manufacturing talent that already exists in Madagascar. It is a team of 12 technicians and engineers. In this assembly, Jirogasy favours the use of recycled components of African origin. The start-up is thus part of a circular economy approach to strengthen the local and continental economy throughout its value chain,” explains the young company based in Tananarive. This solution could also be deployed in other African countries where the digitisation of education is lacking due in particular to the low rate of access to electricity.

Simusolar’s solution also caught the attention of Efficiency for Access. The start-up is developing a project called “PAYG Bridge” to facilitate data synchronisation and the distribution of solar-powered pumps. These pumps enable smallholder farmers in Tanzania to irrigate their plantations. Simusolar’s pumps and other solar-powered devices are accessible to low-income populations through pay-as-you-go systems.

Within the framework of Modern Energy Cooking Services, six other start-ups have received funding from Efficiency for Access. These projects will be implemented in sub-Saharan Africa. The initiative is supported by the British cooperation and the IKEA Foundation of the late Swedish billionaire Ingvar Kamprad.