Homepage » AFRICA: E-waste threatens the health of millions of children

AFRICA: E-waste threatens the health of millions of children 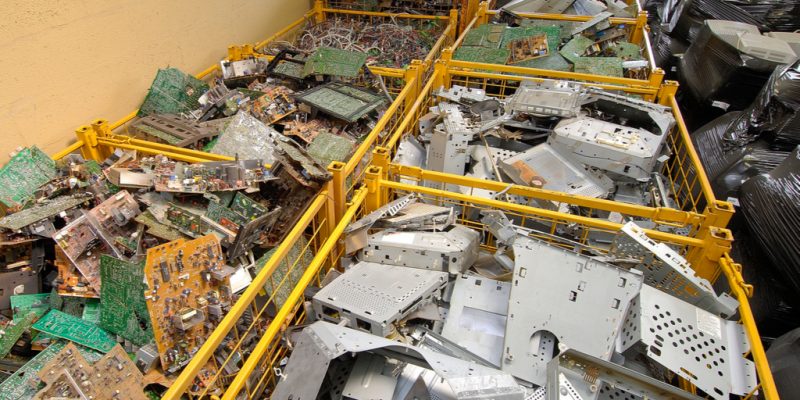 In a recent report entitled "Children and e-waste dumps", the World Health Organisation (WHO) states that in 2019, 53.6 million tonnes of e-waste were produced worldwide, of which 2.9 million tonnes were produced on the African continent. This waste threatens both human and environmental health. For the WHO, e-waste recycling is the best alternative to avoid the worst.

E-waste pollution is gradually taking over from plastic pollution. In 2019, waste with a battery or plug reached 53.6 million tonnes worldwide, including 2.9 million tonnes in Africa. In addition to this amount of e-waste produced in Africa, millions of tonnes are illegally shipped in each year from the European and American continents.

While in the case of plastic, 34 out of 54 African states have already enacted laws banning its use, legislation is less restrictive for e-waste. In its report entitled “Children and e-waste dumps”, published on June 15th, 2021, the World Health Organisation (WHO) reminds us of the consequences of this type of waste on human health, especially that of children. These range from premature births and stillbirths to increased rates of attention deficit/hyperactivity disorder (ADHD), behavioural problems, changes in child mood, sensory integration difficulties and lower cognitive and language scores. Added to this are impaired lung function, respiratory effects, DNA damage, impaired thyroid function and increased risk of certain chronic diseases later in life, such as cancers and cardiovascular disease.

Given the urgency of the situation, the commitment of all actors in the waste chain is necessary, according to the WHO. One of the solutions recommended by the Geneva-based organisation (in Switzerland) is recycling. “Children and adolescents have the right to grow and learn in a healthy environment, and exposure to waste electrical and electronic equipment and its many toxic components undoubtedly has an impact on this right,” says Maria Neira, director of WHO’s Department of Environment, Climate Change and Health.

Electronic waste contains heavy metals and other toxic substances. These include lead, arsenic and mercury. In Africa, Egypt is one of the few countries investing in the recovery of e-waste. Cairo alone has four companies that recycle e-waste. One of these companies is Recyclobekia, launched by Mostafa Hemdan in 2011. Initiatives are also emerging in Zambia, Nigeria, Cameroon and Ghana. The West African country will soon have an e-waste recycling centre. Ghana has also been developing the Sustainable Recycling Industries Project (SRI) in the Ghanaian capital Accra since 2015. The second phase of the project launched in 2019 aims to build national capacity for e-waste processing in terms of infrastructure and human resources. This part of the project will be completed in 2023.

According to the WHO, the implementation of e-waste recycling systems will also help reduce CO2 emissions into the environment.