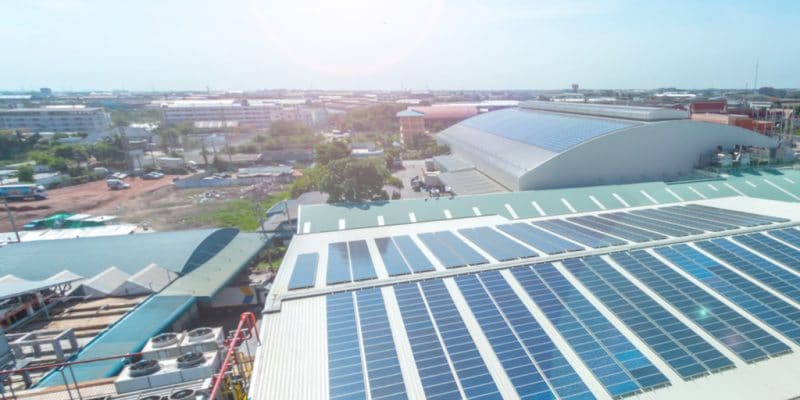 Diageo, a British company that produces and markets liquors and alcoholic beverages, has recently announced an investment plan of 180 million pounds sterling ($219 million). The funds will be used to make the production process of its beverages on the African continent more environmentally friendly.

Guinness, Harp, Smirnoff Ice, these are some of the drinks that can be found in the bars of several African countries such as Cameroon. In this Central African country, the products come from Nigeria, which is one of the African countries in which the Diageo group has set up its breweries. The latter has announced an investment plan of 180 million pounds sterling, equivalent to 220 million dollars. The funds will be used to make the production process of some of its facilities in Africa more eco-friendly.

An initial investment programme of £50 million ($60.7 million) will provide breweries with electricity from renewable energy sources, such as solar and biomass. In Kenyan and Ugandan breweries, oil will give way to wood chips, bamboos or rice husks to produce steam for breweries.

According to Diageo, the new biomass installations will prevent the emission of 42,000 tonnes of CO2 per year. And, good news, the Diageo group is launching into biomass in a context where the authorities of some East African countries are promoting the introduction and development of bamboo. This is the case in Rwanda and Kenya.

“We have set ambitious environmental goals, aligned with the United Nations’ global sustainable development goals, and our efforts to achieve them by 2020 continue at the same pace. Some of the progress made includes a 45% reduction in our carbon emissions and a 44% improvement in water efficiency over the past decade or so. We are also looking to the future, beyond 2020,” says Ivan Menezes, Diageo’s CEO.

Six countries on the African continent have 12 Diageo breweries. These installations will be powered by solar off grids. These off-grid systems are expected to provide 20% of the electricity needed to operate each brewery. The British company plans to start installing off grids at breweries in Kenya and Rwanda. The British group will then expand its programme to other facilities in Uganda, Tanzania, South Africa, the Seychelles and Nigeria.

Reuse of wastewater in breweries

The other major project in which Diageo is embarking is the reuse of wastewater from the brewing process. The company has already installed a wastewater treatment plant for the new brewery it just built in the Kenyan city of Kisumu. It must be said that the authorities of Kisumu County are seriously forcing companies to treat their waste, as they could end up in Lake Victoria, which borders the city of Kisumu. This vast expanse of fresh water serves as a reservoir of drinking water for the people of this city. A few months ago, Kenya Breweries, Kenya’s leading brewing company also announced the construction of a wastewater treatment plant for its Kisumu plant, for an investment of $40 million.

Diageo plans to build wastewater treatment plants for five of its breweries in Uganda, Kenya and Nigeria, where the water would also be recycled. With this reuse system, the company should save at least two million cubic metres of water per year.