Homepage » AFRICA: development banks and climate finance, what commitment?
This article is part of the dossier
COP26: AFRICA'S PLACE IN THE NEGOTIATIONS AT A TIME OF CLIMATE CHANGE 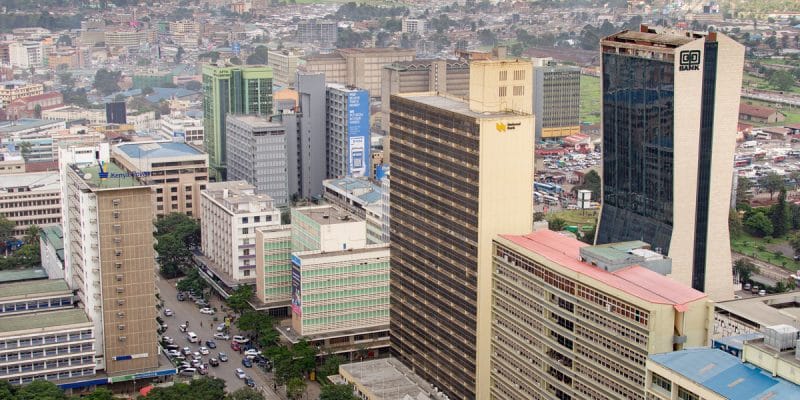 Development banks' climate financing for Africa is clearly on the rise, but it remains limited compared to the real needs of populations affected by the effects of climate change. Access to this financing remains a real obstacle course for rural communities.

The climate commitments of banks in Africa are clearly evolving. Al-Hamndou Dorsouma, Managing Director and Director of the Climate Change and Green Growth Department at the African Development Bank (AfDB), said in a statement released on June 30th, 2021, that the AfDB’s contribution to climate change-related investments quadrupled between 2016 and 2019 and are expected to reach 40% of the bank’s total investment by the end of 2021. “We are on track to mobilize the projected $25 billion between 2020 and 2025 to support investments to address climate change and foster green growth,” he continued.

More broadly, the Joint Report on Climate Change Financing, released on June 30, 2021, outlines the contours. Investments by major multilateral development banks (MDBs) last year reached $66 billion, up from $61.6 billion in 2019. The report indicates that 58% of this amount ($38 billion) was spent in low- and middle-income economies, particularly in Africa. While in November 2020, Climate Funds reported that international finance mobilization to developing countries reached nearly $80 billion in 2018, with 25% of funds allocated to Africa.

Climate finance flows to Africa are significantly more committed by development banks than by commercial banks, which are nevertheless vulnerable to climate change. A report published in March 2021 by the American rating agency Moody’s notes that 49 banks active in 14 African countries have granted $218 billion, or 29% of the credits granted, to projects implemented in sectors vulnerable to climate change (including transport, hydrocarbons and mining industries). “The disclosure and management of climate risks is not yet well developed among African banks. We expect that environmental factors will lead to a deterioration in the credit quality and profitability of these banks if they do not take steps to prudently manage climate and environmental risks,” Moody’s said.

A business plan for climate in Africa

One of the climate finance models being implemented on the continent is the one launched in 2015 by the World Bank on the occasion of the 21st United Nations Climate Conference (COP21). This is the Business Plan for Climate in Africa. The program proposes and finances concrete actions to help African countries adapt to climate change and become more resilient to environmental shocks, while reducing their carbon dioxide emissions.

One of the program’s success stories remains the $200 million Cashew Value Chain Competitiveness Project in Ivory Coast. The project has helped increase yields, quality, and value added, benefiting approximately 225,000 smallholder farmers and other beneficiaries (including traders and rural youth) through direct employment. In addition, the Africa Climate Business Plan has enabled 28 million farmers to adopt climate-friendly agricultural practices, as well as the establishment of improved pastoral systems in 15 countries. 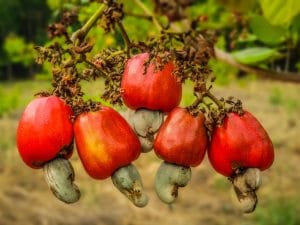 By increasing its investments over the years, the Business Plan for Climate in Africa has seen its portfolio grow sixfold, from less than $1 billion in 2015 to more than $6 billion by June 2020. For its new phase, which will span six years (2020-2026) and contribute to the achievement of the World Bank’s concrete commitments, the focus areas emphasize the need for sectoral, cross-sectoral, and locally enabling aspects to ensure preparedness and opportunities to address climate risks and long-term climate impacts. The World Bank also intends to invest more than $5 billion over the next five years to help restore degraded landscapes, improve agricultural yields, and strengthen livelihoods in 11 African countries located on a strip of land stretching from Senegal to Djibouti (the Great Green Wall).

Rural communities served at the fork

To ensure that these financing flows actually reach local communities, the bank is using tools such as the new Locally Led Climate Action Financing (LCCF) program, which aims to implement locally led climate resilience actions and build the capacity of national and local governments to manage climate risks. This is the case in Kenya, where the financial institution has approved a $150 million credit to support locally identified and implemented climate resilience projects in all rural constituencies. “Communities in rural areas, especially those in arid and semi-arid regions that have been affected by climate change impacts such as droughts and floods, climate-related disease outbreaks, low farmland productivity and livestock decline, will be the main beneficiaries of the program,” says Nicholas Soikan, senior social development specialist at the World Bank and team leader of the FLLoCA program in Kenya.

In a statement released on the eve of the 26th United Nations Climate Conference (COP26), the International Fund for Agricultural Development (IFAD) calls for a significant increase in investments to finance climate resilience in rural populations. The organization is sounding the alarm, particularly about the situation of small-scale farmers. Although they produce one-third of the food consumed globally, they remain very underserved by climate finance, receiving only 1.7% of global financing flows, and rarely have a voice in international forums. 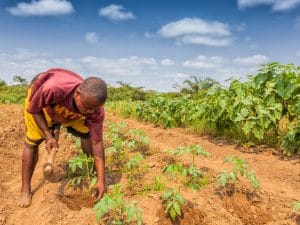 At present, climate finance does not provide the support they need. According to IFAD, between $140 billion and $300 billion per year is needed to help them make their activities sustainable and resilient to climate hazards, yet between 2017 and 2018, only $20 billion per year was allocated to agriculture, forestry and other land uses.

The AfDB’s climate change funding for Africa has increased from 9% of overall investments in 2016 to 35% in 2019 and a new Business Plan for Climate in Africa was unveiled in 2020 by the World Bank. But these budgets remain insufficient for the continent’s needs to build early warning systems and resilient infrastructure.

Read also-AFRICA: London to focus on climate finance over next 5 years

In a report published in September 2020, the Global Centre for Adaptation (GCA) estimates that the fight against climate change currently requires between 7 and 15 billion dollars each year in Africa. This amount will grow by at least 7% annually. If current climate parameters continue, the funds needed will reach $35 billion per year by 2050 and $200 billion in 50 years.