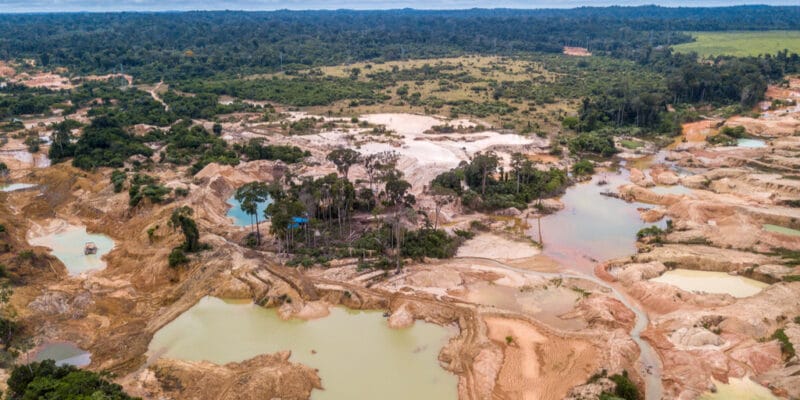 The United Nations Economic and Social Department's Global Forest Targets 2021 report indicates further pressures on Africa's tropical forests. According to the recently released report, progress in protecting forests and the people who depend on them is doubly threatened by the devastating effects of the coronavirus pandemic.

Forests provide 80% of the Earth’s biodiversity and some 1.6 billion people worldwide depend directly on forests for food, shelter, energy, medicine and income. However, these forest benefits, as assessed by the United Nations (UN), face new threats from the Covid-19 pandemic. “Before the pandemic, many countries were working hard to reverse the loss of native forests and increase protected areas designated for biodiversity conservation. Some of these gains are now threatened by disturbing trends of increased deforestation of primary tropical forests,” writes UN Secretary-General Antonio Guterres in the foreword to the Global Forest Targets 2021 report.

According to the report, released on April 26th, 2021, indigenous peoples and local communities, return migrants and urban workers are now being pushed deeper into the woods in search of food, fuel, shelter and protection from the risks of Covid-19, placing additional stress on ecosystems.

The vulnerability of Congo Basin forests has increased

In Africa, the forest peril from the coronavirus pandemic is combined with the traditional threats of land degradation, pests and invasive species, fires, storms, droughts, increasing rural poverty, unemployment, population growth and industrial agriculture. In Cameroon, for example, nearly 100,000 hectares of forest are threatened by agro-industrial projects, according to a study published on April 28th, 2021 by Global Forest Watch.

In a broader sense, the forests of Central Africa are more sensitive than others to climate and demographic changes, as indicated by an international study published on April 21st, 2021 by researchers from the Centre de Coopération Internationale en recherche agronomique pour le développement (CIRAD) and the Institut de recherche pour le développement (IRD). The scientists clearly focused their concerns on the Democratic Republic of Congo (DRC). “The country is home to half of Central Africa’s tropical forests and combines both anthropogenic and climatic pressures. The population is exploding. It is estimated that between 2000 and 2085, the population of the DRC will increase sevenfold. By 2085, there may not be much left in the DRC if nothing is done today,” says Maxime Réjou-Méchain, an ecologist at the IRD.

It is therefore in this context, exacerbated by the devastating effects of the covid-19 pandemic, that the report on the 2021 global forestry objectives of the United Nations Economic and Social Department comes into play. “I urge all actors, including governments, business and civil society, to take urgent action to halt deforestation, prevent forest degradation and restore forests,” says Antonio Guterres.