AFRICA: Deforestation threatens the growth of the forest carbon market 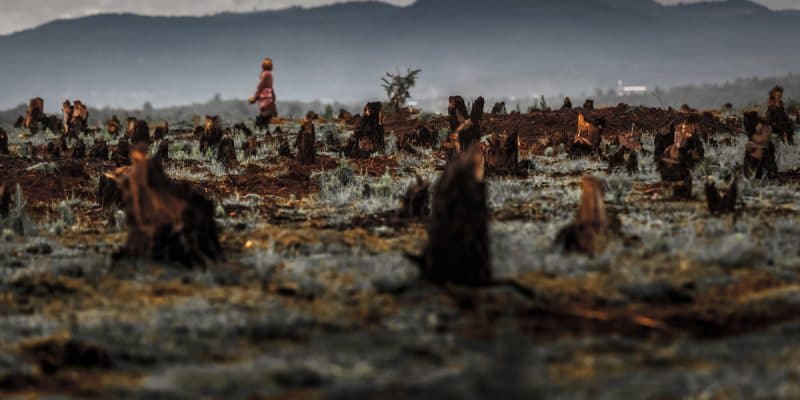 According to the UN Principles for Responsible Investment (PRI), the global market for forest finance will reach $1 billion over the next few decades. However, in their report published on 26 October 2020, the MICs state that such a boom in the carbon credit market will only be possible if deforestation is eliminated. According to the UN, Africa is one of the regions of the world where deforestation is most accelerated, with 27.8% of the world's land area covered by forests, compared to 28.7% five years ago.

Africa’s forests should enable the continent to benefit from the global forest carbon market, which is expected to grow strongly. In their report released on October 26th, 2020, the UN Principles for Responsible Investment (PRI) predict that the value of assets in the nature-based offset market could reach $1.2 billion by 2050, a figure that even exceeds the current total market capitalisation of the oil and gas giants.

This predicted growth of the global carbon credit market is reflected in the growing demand by companies for carbon removal and compensation through forests, in order to meet their net-zero targets (also called carbon neutrality, a state of equilibrium to be achieved between human-induced greenhouse gas emissions and their removal from the atmosphere by man or by man-made means). The PRI report says that by the year 2019, some of the world’s largest companies have committed to net zero targets, such as the British oil company British Petroleum (BP), which is protecting a 40,000-hectare forest in Zambia.

In their report, which also serves as a new guide on negative emissions and land use, the MICs warn, however, that the predicted boom in the global market for natural carbon capture and storage can only be translated into reality if deforestation is stopped. “Afforestation activities are the most viable first step, but to ensure their success, actors must simultaneously focus on stopping deforestation,” said Fiona Reynolds, Executive Director of UN PRI, adding that global forest laws must be vigorously enforced and strengthened.

As such, private and state actors are called upon to do more to combat deforestation, a phenomenon that particularly affects the African continent. According to figures published on September 15th, 2020 by the UN Food and Agriculture Organisation (FAO), in sub-Saharan Africa the area covered by forests has increased from 28.7% to 27.8% in the last five years. The region is the second most rapidly deforesting part of the world, after South-East Asia, where forests cover 47.8% of the land area, compared with 49% in 2015. FAO explains these rapid losses of forest cover by the conversion of forests to agricultural land for crops or pasture, especially in the economically least developed countries or landlocked coastal developing countries. Ivory Coast, for example, has seen its forest cover reduced to 8.9% of the country’s total land area from 10.7% in 2015. Kenya, Mali and Rwanda have been resilient, but with very slight increases in area.