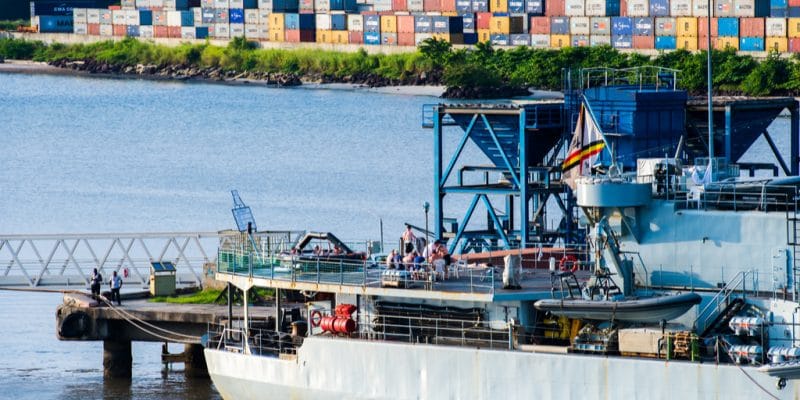 Stakeholders in the African water sector have been meeting since October 29, 2018, in Libreville, Gabon, on the occasion of the African Water Week (AWW). The 7th edition is held in conjunction with the 11th Ordinary Session of the General Assembly of Ministers Responsible for Water in Africa.

Africa is thirsty. Of its more than 1.2 billion inhabitants, 320 million do not have access to drinking water. Yet, according to the Intergovernmental Panel on Climate Change (IPCC), the continent has 5 trillion m3 of water stored in groundwater. The real challenge remains to find the means to exploit this resource in a sustainable way. It is the objective of the 7th edition of the African Water Week (AWW), which is being held from 29 October to 2 November 2018 in Libreville, the capital of Gabon. This year it is linked to the 11th ordinary session of the General Assembly of Ministers responsible for Water.

The AWW brings together politicians, civil society, the scientific community and the business community. This year, they will discuss under the theme, “Achieving Safe Water and Sanitation Security for Africa”. The main objective of such a biennial meeting, as set by the African Ministers’ Council on Water (AMCOW) and the African Union Commission when it was created, is to achieve an “African Water Vision for 2025”. In concrete terms, it is all about discussing and seeking solutions together to the water resources issue and the challenges related to sanitation in Africa.

One of the challenges that affect access to drinking water and sanitation in Africa is project financing. Many efforts are being made in this regard, particularly by a number of development partners such as the French Development Agency (AFD). Together with the African Development Fund (ADF), the European Investment Bank (EIB), the Islamic Development Bank (IDB) and the Italian Cooperation, it participated in financing the Kabala drinking water project in Mali, which should eventually provide access to water for the inhabitants of the capital, Bamako.

Until recently, the World Bank financed a major water and sanitation project in Egypt worth $83 million. The money is expected to be used to build a 500,000 m3 wastewater treatment plant in Upper Egypt. The AWW also relies on the United Nations Children’s Fund (UNICEF), which is known for its support of many projects. In Mauritania, for example, it participated in the construction of 40 drinking water pumping stations in 40 villages. These solar-powered pumping stations were inaugurated in October 2018 in the south of the country.

The African Union, initially the AWW, is not to be outdone in financing projects. With several partners, she created Pida Water; a $10 billion fund to support cross-border water projects.

The first announcements at the AWW

The AWW gathers more than 1,000 participants, who follow each other at the forum. At the opening of the meeting, Gabon’s Minister of Energy and Water, Patrick Eyogho Edzang, announced that his country was preparing to set up a fund to finance water projects, which would also coordinate all investments in the sector. “Gabon is in the process of implementing a draft water policy whose completion will be carried out within a legislative framework,” the minister said at the Forum of the 7th African Water Week. For the time being, it is just an announcement that will have to wait for it to be transformed into concrete actions.