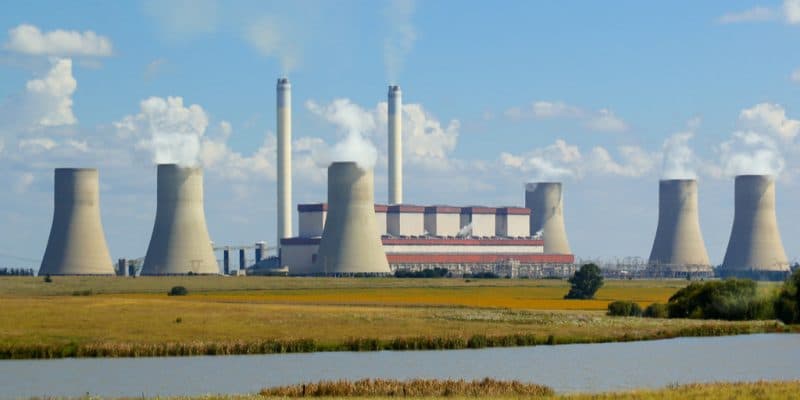 As Africa seeks clean energy, interest in nuclear power is growing. According to the International Atomic Energy Agency (IAEA), one-third of the more than 30 countries in the world considering nuclear power are in Africa. With all the risks that this entails.

In Africa, leaders are increasingly turning to nuclear power. It is an energy that depends on a fossil fuel, uranium, the ore of which is contained in the earth’s subsoil. At least seven African states have already made commitments to the International Atomic Energy Agency (IAEA) to assess their willingness to embark on a nuclear programme. They are Ghana, Kenya, Egypt, Morocco, Niger, Nigeria and Sudan. Algeria, Tunisia, Uganda and Zambia are also considering the possibility, the agency said. Currently, South Africa has the only commercial nuclear power plant on the continent.

With this growing interest in nuclear power, solar and wind power have now proven their lower cost of production to increase electricity generation in Africa.

Nevertheless, one in three people on the continent still does not have access to electricity. Rural areas are the most affected. In southern Africa, for example, the drying up of hydroelectric dams due to climate change is partly responsible for the willingness of countries in the region to consider nuclear power. Despite the fact that nuclear power plants may also be affected by the receding water that cools their reactors. Dams, such as that of Lake Kariba (an artificial lake shared by Zambia and Zimbabwe), sometimes provide the majority of electricity to many countries in the region.

How reliable is nuclear power really?

The question of the reliability of nuclear energy calls for several answers. For some countries and international organisations, renewable energies would remain safer than nuclear energy because they would not produce radioactive waste, which is dangerous to health and the environment, and would not generate enormous construction costs. Moreover, renewable energies would not require expensive grid connections as nuclear energy does. All the more so as we are currently witnessing, in East Africa for example, that electricity production already exceeds the capacity of the networks to transport it…

For others, nuclear power could very well be one of the solutions to be implemented in Africa against power outages and would offer an exceptionally low carbon balance, just like renewable energies (except that there will be a trade-off between expenses…). Better still, nuclear power would not suffer, like wind and solar power, from the problems of intermittent production. Egypt and Ghana, like several other African countries, are therefore planning to go ahead with their nuclear projects in order to achieve security of supply for all energy sources. It will require patience and funding, however. According to Benson Kibiti, communications director of the Power For All organization, which plans to provide reliable energy to most of the world’s 1.1 billion people over the next 10 years, it would take 10 years and billions of dollars to get a single nuclear power plant up and running.

And even if several technicians like Akor Larbi of Ghana’s Atomic Energy Commission say it would be “clean and sustainable,” it still poses a huge safety problem. And, since it is a centralized, high-risk, high-tech energy production, one wonders which African states will be able to guarantee their populations unfailing reliability, given what a nuclear disaster represents. As a result, some are also betting on small, modular reactors with more flexible, decentralized installation. The risk: a spread of nuclear waste over the whole territory? At the same time, renewable energies (now mature) have definitively proved their worth in terms of decentralized and flexible energy, to give access to electricity to territories that are poorly (or not at all) connected.

Thus, the African Nuclear Energy Commission official still calls for legal frameworks to be put in place before African countries actually venture into nuclear energy, including frameworks on non-proliferation, nuclear safety and security. So there is a very long way to go for the champions of nuclear energy. And, meanwhile, renewables are on their way, with new business models that are perfectly viable.