Homepage » AFRICA: Contec joins forces with Maithri to produce water from the air 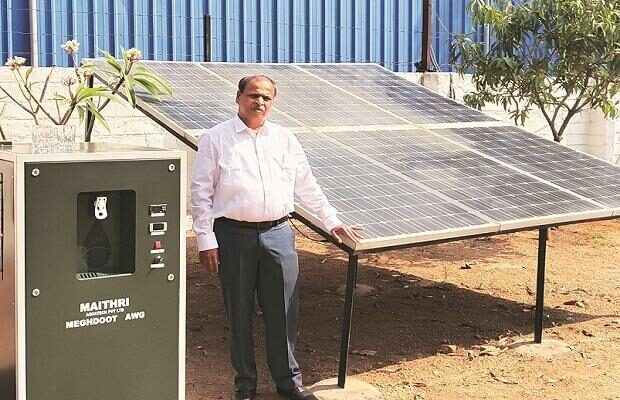 The British company Contec Global has just signed a partnership with the Indian company Maithri Aquatech for the implementation of a 200-million-dollar programme to supply atmospheric water generators (air-water) for drinking water and small-scale irrigation. This programme will benefit countries in North Africa and the Middle East.

North African countries will soon benefit from an Atmospheric Water Generation (AWG) programme. The project will be implemented over the next few years thanks to a partnership recently signed between the British company Contec Global and Maithri Aquatech, a supplier of atmospheric water generators based in India. Under this initiative, the two partners will mobilise $200 million.

These funds will be invested in providing AWG solutions in the countries most affected by water stress. This phenomenon is increasing due to global warming, which particularly affects North Africa. According to the French Development Agency (AFD), exacerbated water stress in this part of the continent is causing a drop in agricultural yields as well as an increase in the frequency and intensity of extreme events such as drought.

According to a recent report by the Mediterranean Network of Experts on Environment and Climate Change (MedeCC), North Africa is experiencing a temperature increase at a rate 20% higher than global averages, which could, without further action, reach +2.2°C as early as 2040 and up to +3.8°C in some regions by 2100.

“Water, which is the most important natural resource on earth, has become extremely critical today due to the adverse effects of climate change, population growth, industrialisation and urbanisation. It has an impact on all aspects of life, including food security, which is under threat as global agriculture is affected by water stress,” says Maithri Aquatech. According to the company, which provides air-water systems, there is an urgent need to alleviate water stress by implementing sustainable solutions without exploiting scarce water resources.

The company plans to combine its expertise with that of Contec Global in the development and deployment of sustainable water solutions. The systems provided by the two companies will produce drinking water and supply small irrigation systems in areas of high-water stress.