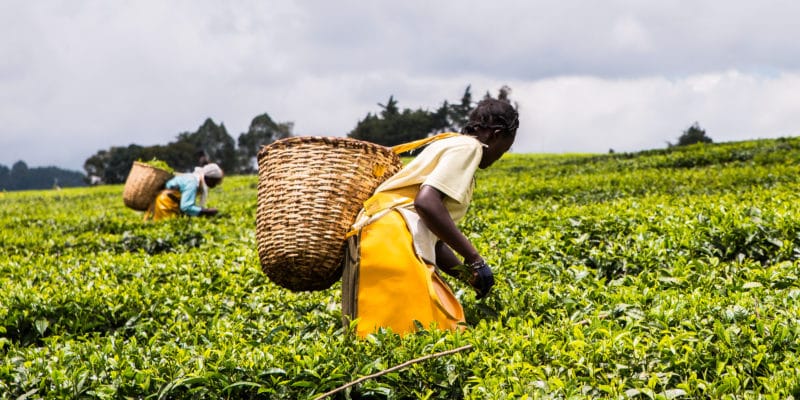 The Climate Change Coordinator for Africa for the United Nations Environment Programme (UNEP) advocates the use of conservation agriculture to combat the consequences of climate change.

Global warming is a risk for African economies in the coming years. So we have to adapt to it. Richard Munang, climate change coordinator in Africa for the United Nations Environment Programme (UNEP), said on Wednesday, April 18 2018 in Nairobi, Kenya, and that Africans would find salvation in conservation agriculture. For him, the 200 million young people of the “old continent” must be the backbone of this new agricultural model. He presents it as an opportunity and a real source of wealth. “When properly applied, this model can create 17 million jobs per year for young people and catalyse an agricultural sector estimated at $1 trillion by 2020,” he said.

According to the UNEP expert, food insecurity will thus be avoided since this new agricultural method will increase yields by more than 300%. Richard Munang believes that this system will also reduce working time and improve soil fertility. “Conservation agriculture can save farmers 30 to 60% of their working time and give them time to increase their incomes”.

Conservation (soil) agriculture is defined by the Food and Agriculture Organization of the United Nations (FAO) as agriculture that aims at “sustainable and profitable farming systems and aims to improve farmers’ living conditions through the simultaneous implementation of three principles at the plot scale: minimum tillage; crop associations and rotations; and permanent soil cover”.

According to an analysis conducted in September 2013 by Noémie Schaller, in charge of agronomy and agricultural practices at a study centre known as the Centre d’études et de prospective, conservation agriculture has several assets; it reduces fossil energy consumption, reduces the risk of erosion, increases soil organic matter and improves biological life and soil biodiversity.

In 2010, FAO estimated that more than 100 million hectares of land are cultivated using conservation agriculture principles worldwide, compared to only 45 million in the early 2000s. Although it is slow to gain ground in Africa, this form of agriculture has already proved its worth in some African countries. In Zambia, for example, nearly 325,000 hectares of land were already under conservation agriculture in 2009, according to the government. These figures suggest that this agricultural practice is that of the future.